When confirming the passing of the 'Yeke Yeke' singer, his son Balla Kante claims that his late father was unable to travel to France to treat his chronic illnesses because of the coronavirus pandemic.

AceShowbiz - African singer Mory Kante has died at the age of 70.

The musician, who popularised African music among global audiences with hits like 1987's "Yeke Yeke", passed away in hospital in Conakry, Guinea, on Friday (May 22), his son Balla Kante told the Agence France Presse news agency.

In a statement, Balla blamed his father's death on chronic health problems that went untreated due to the COVID-19 crisis.

"He suffered from chronic illnesses and often travelled to France for treatment but that was no longer possible with the coronavirus," the star's son explained. "We saw his condition deteriorate rapidly, but I was still surprised because he'd been through much worse times before."

In addition to singing, Kante was known as a player of the kora - a west African harp. He rose to international fame in the late 1980s when "Yeke Yeke" became a huge hit across Europe, topping the charts in several countries and breaking the top 30 in the U.K.

Senegalese music legend Youssou N'Dour was one of the first people to honour Kante via social media, telling his Twitter followers that his death had left a "huge void." 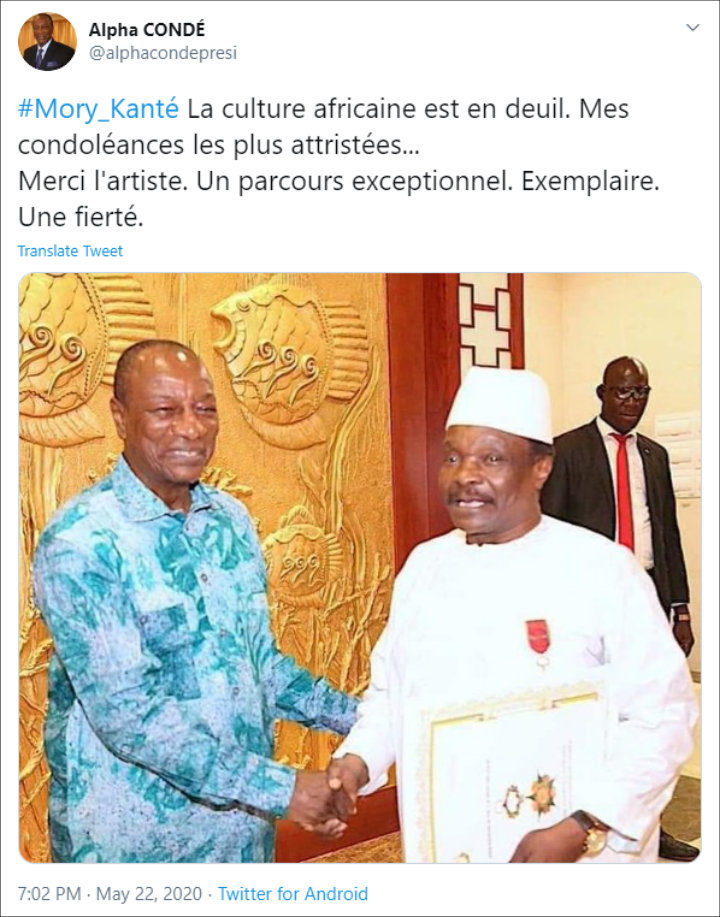