After news broke out that the 39-year-old athlete has gone missing after being dragged out to sea while swimming with son, the wrestling world is sending prayers and support to his family.

AceShowbiz - The search of missing Shad Gaspard continues. One day after the former WWE star got caught in a strong rip current while swimming with his son at Venice Beach in California, his wife was spotted staying on the beach as authorities went on with their search attempt.

Siliana Gaspard was seen being consoled by a group of close friends while waiting at the beach on Monday afternoon, May 18. According to Daily Mail, she and her friends left the beach at 12:30 P.M. around the same time the rescue station was shut down.

Venice local Patricia Powell told the outlet that Siliana and her 10-year-old son did not leave the beach since Sunday, May 17. "The mother and son have remained on the beach at the same location since yesterday. Neighbors have provided them with water and blankets and chairs," she said.

Patricial further added that another local, whose home is close to the scene of the accident, has offered the mother-and-son duo to use his home and bathroom. "And one neighbor who lives right on the beach just steps away from the incident has opened his doors for them in case they need a bathroom or a place to rest," she claimed.

On Monday, Siliana posted two messages on Instagram Story about her missing husband. In one post, she shared a picture of the 39-year-old posing on a beach wearing dark swim trunks. Over the photo, she wrote, "If you have seen Shad, please message me. Please don't flood me asking what happened. We want to know if he's been seen and where. Thank you." 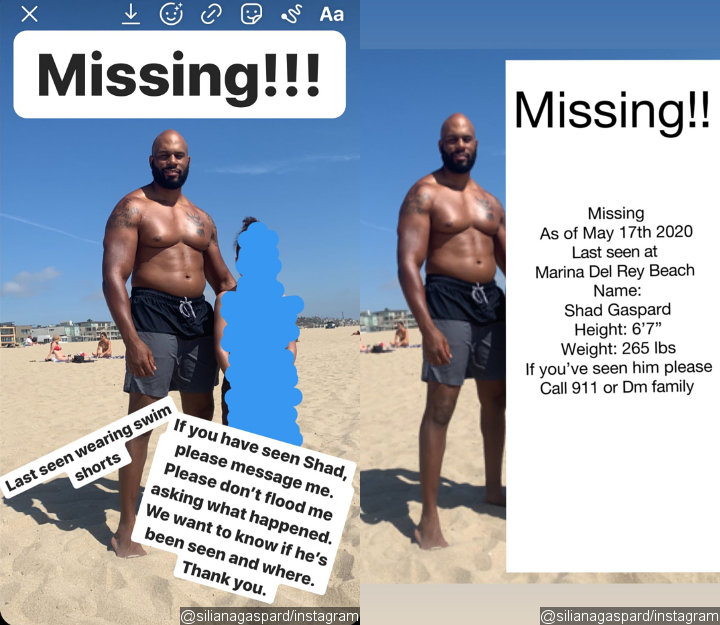 Shad Gaspard's Wife Pleaded to the Public for Information

Shad and his family went to the newly reopened Venice Beach late Sunday afternoon. He was swimming with his son when the two got pulled out by strong rip current. While lifeguards were able to rescue his son, the former pro wrestler went under. Divers, rescue boats and helicopters have been utilized in the search, but he was yet to be found.

Regarding the incident, Kenichi Haskett of the Los Angeles County Fire Department Lifeguard Division stated, "We had one of our lifeguards go out to make a double rescue of a father and a son. The father unfortunately got pushed down by a wave as they were getting pulled out of the current. The lifeguard rescued and grabbed the boy, the son, and tried to grab the father as well."

"He ended up getting pushed down by a wave and we couldn't find him and we immediately started with our rescue boats, called in additional lifeguards to search that location of his dad," Haskett went on detailing without naming Shad in the statement.

The wrestling world has reacted to news of missing Shad. Retired pro wrestler John Layfield was among those sending prayers to his well being. "I got along so well with @Shadbeast from the first day I met him. Such a good guy. I'm hoping for the best for my friend with this awful news he has disappeared while swimming," he tweeted. 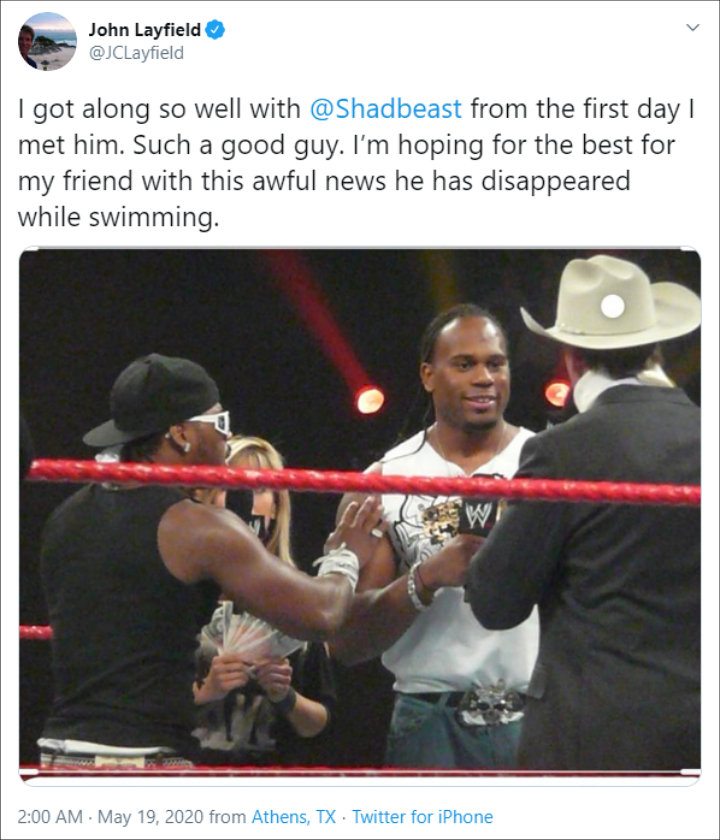 Two-time Divas Champion Paige sent her support to Shad's family. "Sending so much love to shad and his family," she tweeted. "truly wishing and hoping they find him. Never had the chance to meet him but so many people say such wonderful, positive things about him! My heart is breaking for his family." 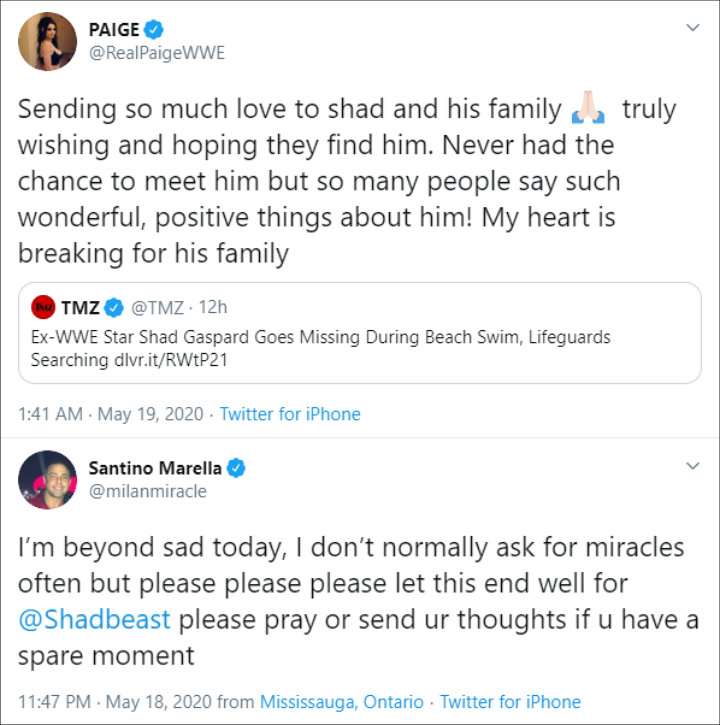 Another pro wrestler Santino Marella expressed his heartbreak over the news. "I'm beyond sad today, I don't normally ask for miracles often but please please please let this end well for @Shadbeast," he wrote on Twitter before urging others to pray for Shad. "please pray or send ur thoughts if u have a spare moment."