The 'Due South' actor has come in defense of his 'BH90210' star wife, telling haters to back off and asking them, 'What is wrong with providing for your family at this time?'

AceShowbiz - Dean McDermott is speaking up for his wife Tori Spelling who has found herself being dragged online yet again. After his "BH90210" star wife angered a lot of people for her $95 charge to a virtual meet-and-greet, the "Due South" actor stepped forward to defend her from the trolls criticizing her.

On Tuesday, April 7, the 53-year-old posted an Instagram video addressing the backlash. Fuming that he has to "come to my wife's defense yet again," he stated, "I'm really disappointed because she's catching flack and being dragged for doing a live meet-and-greet. People are upset that given the current situation we're in and the lockdown and the coronavirus, that she's 'charging' people money to do a meet-and-greet."

The former "Chopped Canada" host went on to clarify that the meet and greet was not his wife's idea, but it came from a company that wanted to bring "some levity and some fun and some humor and love to this situation." He continued, "But no! Instead, because it's Tori Spelling, she gets dragged and she gets the haters coming down on her for simply doing something to entertain people, but more importantly, to provide for her family."

"What is wrong with that? What is wrong with providing for your family at this time? All the studios, everything is shut down. She has no way to work like everybody else. She has no job to go to. So, why can she not work from home and do a live meet and greet with fans and give them some light and love and have some fun? There are numerous celebrities out there that post stuff and influencers, and they're out there making money every single day. But no, let's drag Tori Spelling. Let's give her a hard time."

Praising Spelling as "one of the hardest-working women in the business," McDermott urged others "to back off and just take a breath and relax." He then said, "I don't know how many times I've had to come on here and tell people to chill out. She's a wonderful person; she's providing for her family. But Tori Spelling always, always gets the haters and gets dragged."

"And this is the other thing: You know what? It used to be cancel culture; now it's drag culture and this has to stop, too. You have to stop dragging people. She's simply trying to make a living, trying to provide for her family and provide some entertainment. You want to drag some people? Why not drag people who are making millions of dollars doing this? And how do you know…she's not giving part of this to charity?"

Encouraging further display of affection, McDermott added, "So, let's be in this together. And if people are making money and making a living - influencing or doing meet and greets or doing videos - let them alone ... Well, you know what? I tell you it stops now. Stop the dragging and get off my wife's back. Because we are all in this together with love, and light, and fun, and entertainment, and compassion and empathy. Stop the dragging now."

Spelling found herself under fire after she announced a virtual meet-and-greet event, which was set to take place on April 9 at 5 P.M. PT. While some expressed interest in joining the event, many took issue with what they deemed her petty way of getting money from fans. One in particular chided her, "People are doing free concerts and you are charging? How about you do a lottery and do random pics for the winners!!!" 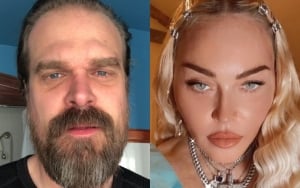 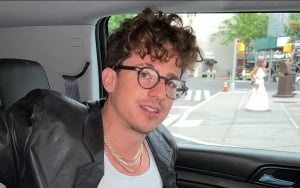 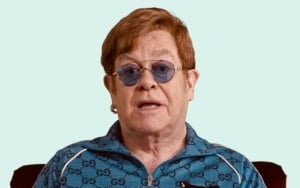