The daughter of President Donald Trump posts a video of her three children washing their hands to send message about slowing the spread of COVID-19, but it draws negative responses because of the expensive soap.

AceShowbiz - Ivanka Trump's effort to encourage good hygiene practice amid coronavirus pandemic has caught attention for all the wrong reason. On Thursday, March 26, the daughter of President Donald Trump shared a video of her three children thoroughly washing their hands, but many were quick to take issue with the soap used.

The short clip uploaded on Instagram captured 8-year-old Arabella Rose, 6-year-old Joseph Frederick and 4-year-old Theodore James scrubbing their hands in front of a sink while singing the alphabet. At one point, Theodore who was standing in between his older siblings was seen pulling up a luxurious bottle of Aesop soap.

In the caption of the social media video, the wife of Jared Kushner wrote, "We ALL have a role to play to slow the spread! Wash your hands (ohhh...and turn off the sink with your elbow or a towel while you do to save [water emoji]." She added in the same caption, "still a work in progress with these guys 10 days in."

Despite her good intention, the 38-year-old White House senior adviser found herself under fire for the soap she provided her children with. One critic turned to Twitter to bash her as writing, "##ToneDeafIvanka , what else is new." Another one tweeted, "Isn't a $40 bottle of hand soap a bit expensive, @IvankaTrump." 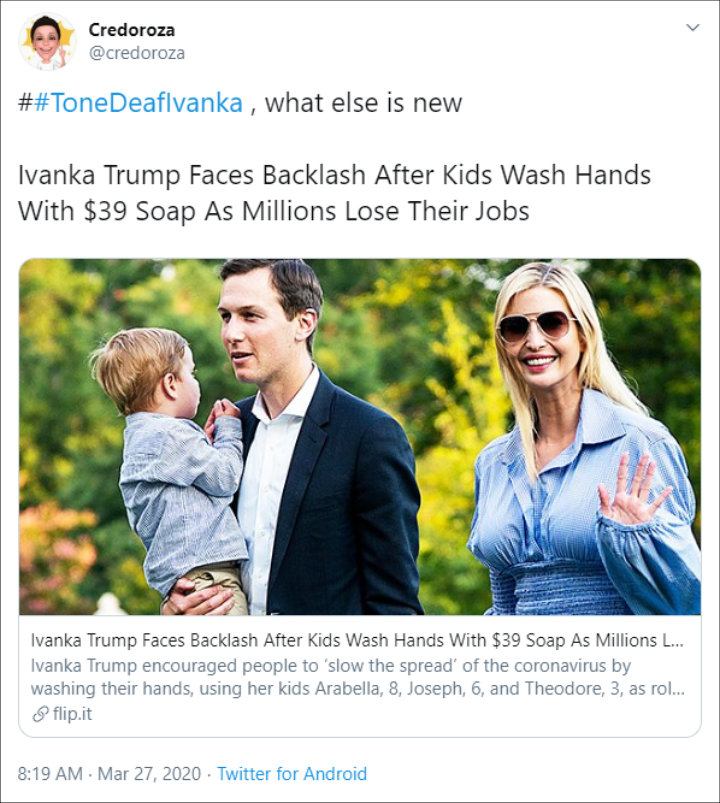 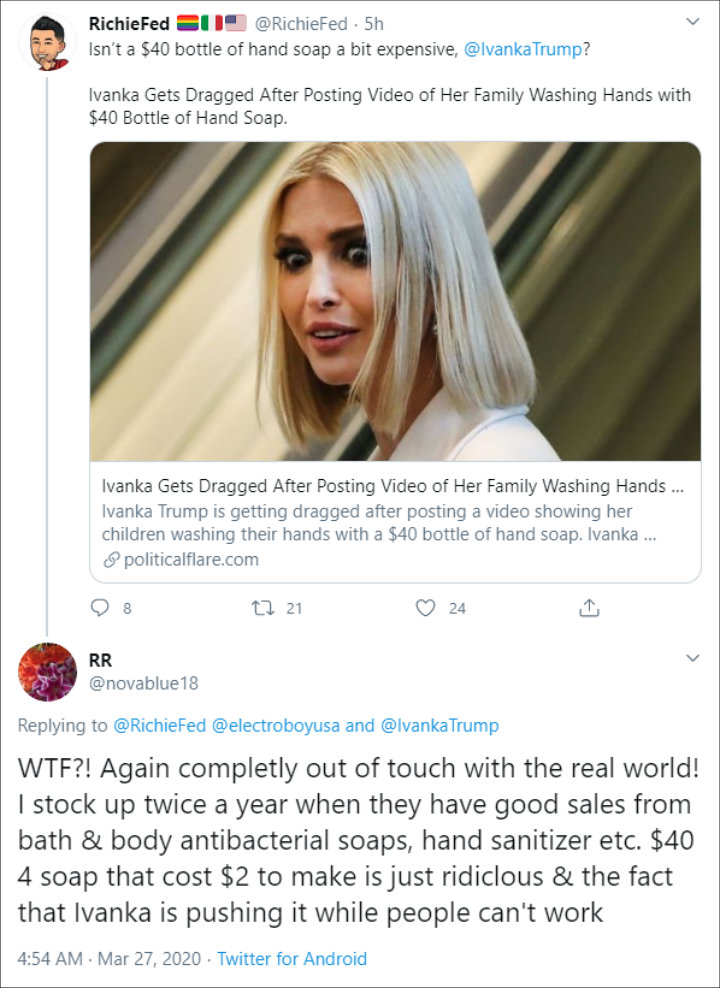 A third shamer took a more personal attack at Ivanka. "There will never be enough soap for these children to wash away the STAIN STINK SHAME & STIGMA of being a trump/kushner off of themselves," the hater tweeted. "They will forever live in this world where you have left them this legacy. Pray for them." 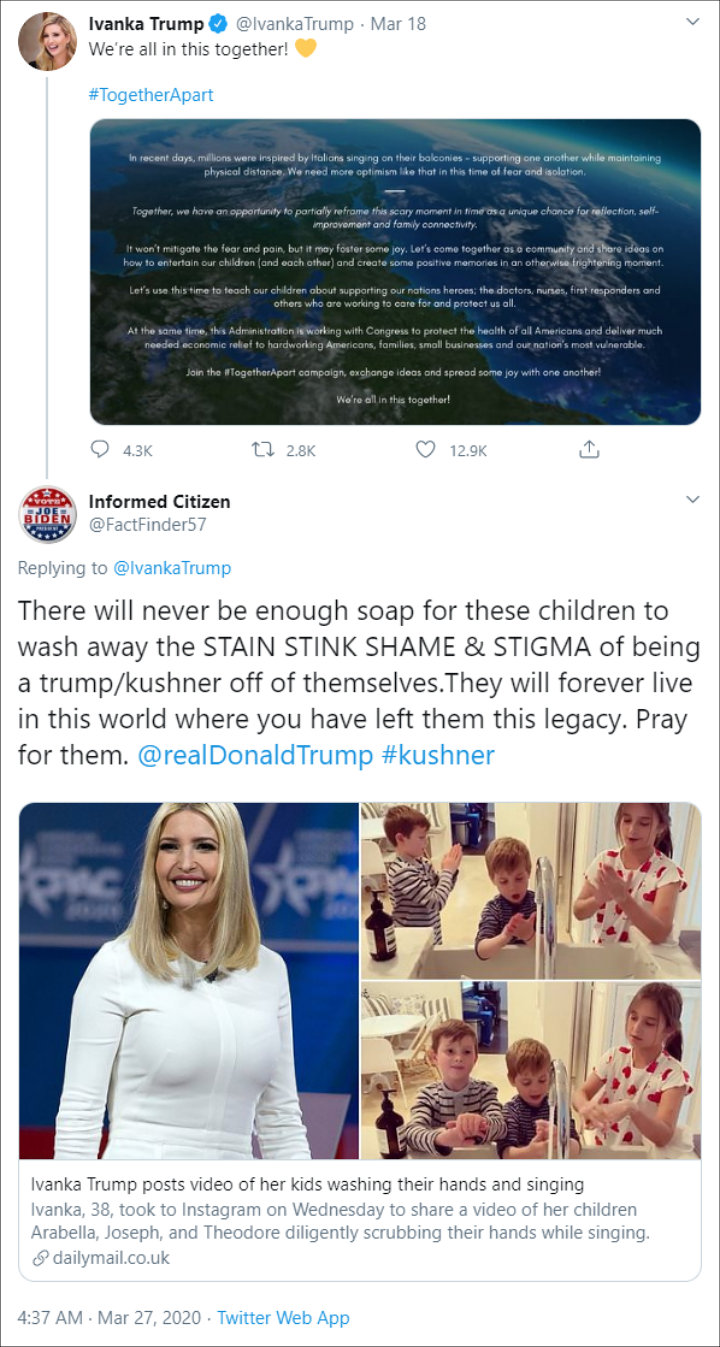 Ivanka was not the only Trump family member facing backlash in the midst of the pandemic. A little over a week ago, her father was slammed for labeling COVID-19 a "Chinese virus" in his Twitter post.

Mia Farrow was quick to point out, "Its called the Coronavirus and it's now as American as apple pie so stop racist comments," while Don Cheadle sarcastically responded, "Chinese virus, huh? wow. still. aren't you feeling like you're in over your head yet? no?"