The 'Tree of Lyfe' singer is dragged on social media after he slammed 'America's Next Top Model' alum Marcille for changing her daughter's surname from McCall to Sterling.

"I think this is so wack. Changing ya daughters last name from her father's to somebody else's. Especially when the father tries to see her," Jennings commented. "The daughter dont have anything to do with their beef. And what kind of man allows that????? Shit pissed me off. I expected better out of Eva.. s**t personal to me!!! I've been there."

"lyfe worry about yo kids not Eva its that simple. If its personal pray about it," one commented. Another wrote, "Don't speak on what you don't know." One person mocked him for not doing his research before judging, "Let's all say it together 'Reading is fundamental.' "

Meanwhile, a different individual suggested Jennings and McCall had one thing in common, "Men who beat women stick up for men who beat women. Not surprised...." Jennings hit back with a short comment, "Typical."

Eva Marcille, an "America's Next Top Model" alum, and Kevin McCall split in 2014 after she gave birth to their daughter. She got custody of the child as she accused him of domestic violence. She then moved on with Michael Sterling and they got married in 2018.

In 2017 when Marcille posted pictures of her new life with her daughter and husband-to-be, McCall went ballistic on social media. He deleted the kid's pictures from his page and publicly disowned the little girl. 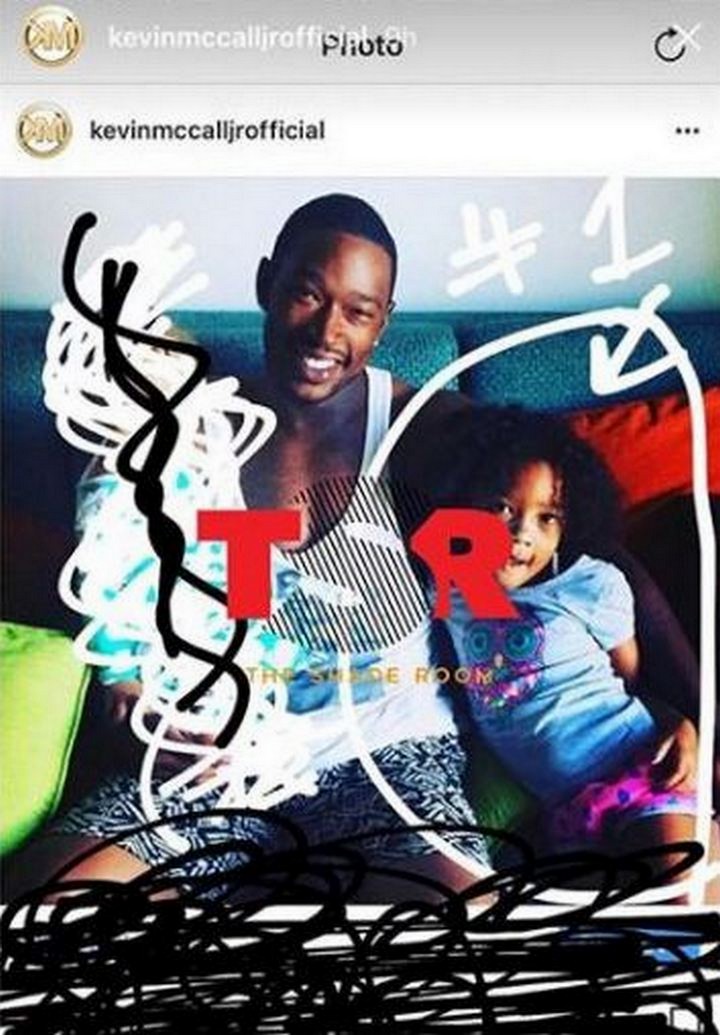 Kevin McCall crossed out one of his daughters' face

"If you want her so bad - you can have her. I'm deleting all memories of her," he ranted. "Out of sight out of mind. Erased from my memory. Go play games with another person it's not working anymore she's yours. Forever and you can keep her."

McCall later backpedaled, "I didn't disown my child. I gave up on putting it on social media. The fight is in God's hands. You don't get to see that. Deal with it."

Lyfe Jennings has a similar baby mama drama. In 2008, he followed Joy Bounds, the mother of his two sons, to her family's house following an argument. He destroyed the door, fired shots, and led police on a high speed chase. He pleaded guilty and was sentenced to three and a half years in jail.

Avril Lavigne Puts Asia Shows on Hold Due to Coronavirus

Lyfe Jennings Doubles Down on Eva Marcille Criticism Despite Backlash