The 42-year-old wrestler has reportedly got engaged to his girlfriend Shay Shariatzadeh only a few weeks after his former fiancee announced her engagement and pregnancy.

AceShowbiz - John Cena has reportedly popped the big question. Rumor has it, the 42-year-old wrestler is taking his relationship with girlfriend Shay Shariatzadeh to the next level.

The engagement rumors surfaced after he posted cryptic messages on Instagram. One post had the message, "Say yes," and the other showed a romantic painting of a man in a tuxedo dancing with and holding close his lady in a white gown.

On Twitter, the athlete additionally posted a quote by Andre Maurois, "A happy marriage is a long conversation that always seems too short."

The couple added fuel to the engagement rumors when Shay was spotted flashing a huge rock on her left finger. It was accidentally captured on camera when John took a picture with a young fan while she was standing behind them. 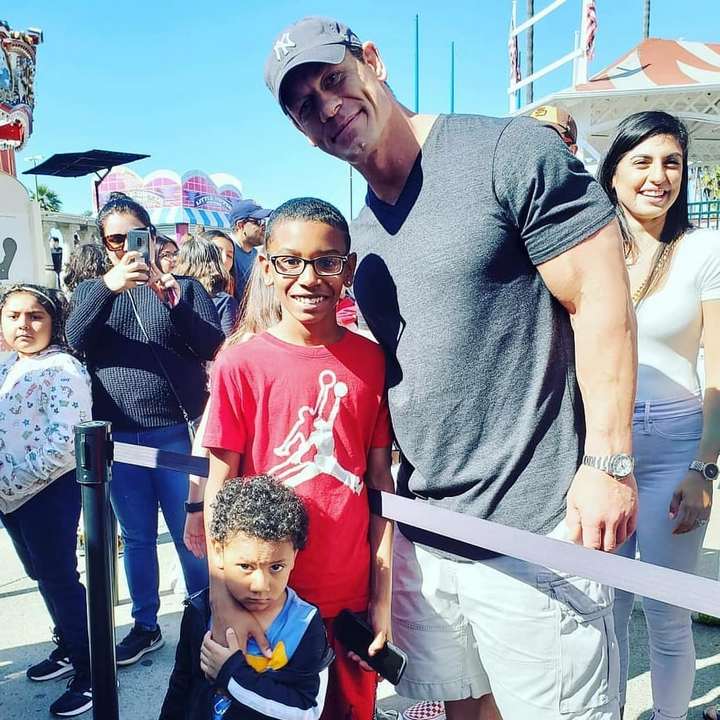 John Cena was first romantically linked to Shay Shariatzadeh in May 2019. He was previously married to Elizabeth Huberdeau. They split in 2012 after more than two years of marriage. He then moved on with fellow wrestler Nikki Bella.

After five years, he finally proposed to Nikki in 2017 despite repeatedly expressing his reluctance to get married again and have children. He said he's willing to reverse his vasectomy to save his relationship with Nikki. However, the couple didn't make it to the altar. They broke up less than a month before their planned nuptials.

Nikki Bella, 36, is now expecting a baby with her former "Dancing with the Stars" partner Artem Chigvintsev. She announced her pregnancy in late January this year roughly four weeks after they revealed their engagement.

Hayden Panettiere's Boyfriend Arrested for Punching Her on Valentine's Day

John Cena Insists Acting Career Not A Transition From Wrestling