The 'Hollaback Girl' hitmaker announces on Twitter that she is still battling her health issues despite her effort to return for her 'Just a Girl' concerts in Sin City.

AceShowbiz - Gwen Stefani has scrapped a string of Las Vegas residency shows as she fights to get well after falling ill.

The 50-year-old has taken to Twitter to let fans know her "Just A Girl" concerts in Sin City are on hold due to health issues.

"I am so sad to announce that I am still unwell... I am resting and doing everything I can to return for my shows on February 14 - 22." 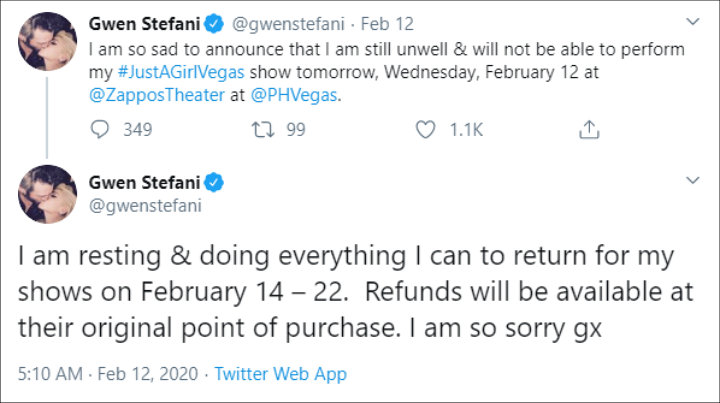 Scheduled concerts on Wednesday and Thursday night have been axed.

Gwen also had to cancel her weekend performances last week because of the illness.