The boxer nicknamed Tank is called 'trash' on the internet after he was caught on camera roughing up his baby mama Andretta at a pre-Super Bowl event in Miami.

AceShowbiz - Gervonta Davis wiped his Instagram as he came under fire after spotted roughing up and humiliating his baby mama Andretta in public. The boxer was seen grabbing the mother of his child by the collar and hauling her off the chair before forcefully dragging her out with two men following him.

The incident happened during an all-star charity basketball game at the Watsco Center on the University of Miami ahead of the Super Bowl on February 2. People were shocked and some even dropped their jaws, but no one intervened.

Before the ruckus, Dretta posted on Instagram a picture of her sitting with Floyd Mayweather, Jr.'s baby mama. Rumor has it, Gervonta was supposed to host at another event but it was canceled due to bad weather, and when he pulled up and saw Dretta get chummy with Floyd's team, he saw red. 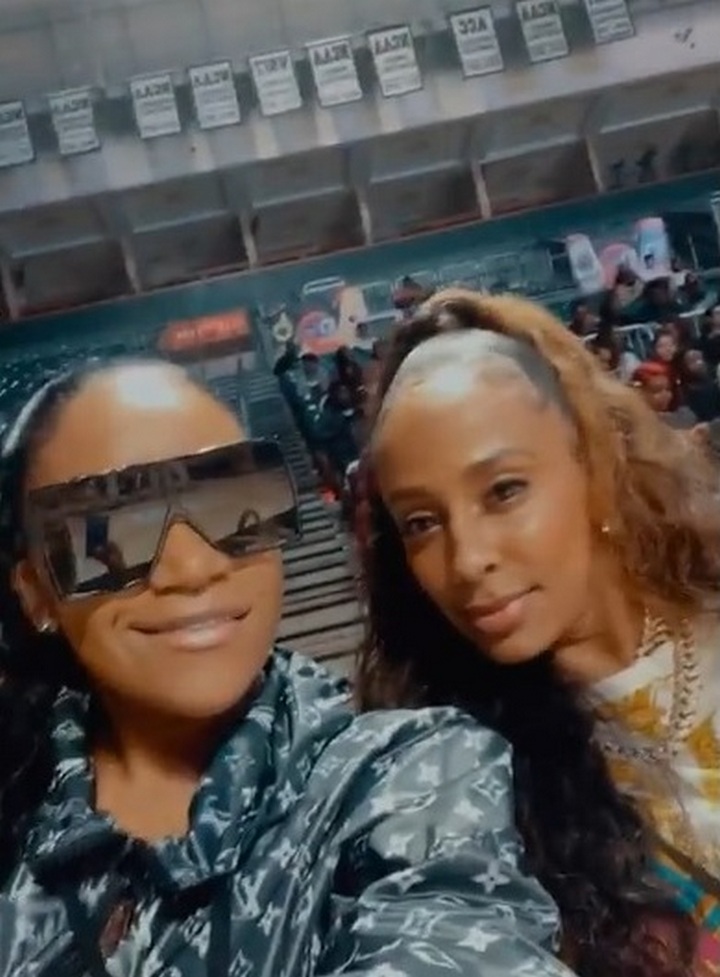 According to the internet chatters, Gervonta a.k.a Tank was drunk and he slapped Dretta after taking her backstage. The athlete, however, denied the accusation.

"I never once hit her, yea I was aggressive and told her come on…," he wrote on Instagram. "That's the mother of my child I would never hurt her other than that happy New Years.. January was trash."

People flooded the internet to criticize the boxer. VH1 reality TV star Tiffany Pollard wrote, "I Watched this over and over again in DISBELIEF. My heart TRULY goes out to her because no woman EVER deserves to be greeted this way. #SCARY."

"#GervontaDavis is CANCELED!!!" one declared. Another commented, "If Gervonte doing that in public imagine what he doing behind closed doors." One other called out the athlete over his Instagram statement, "The fact that grown men can't apologize for physically assaulting females in 2020 is mind blowing." Another agreed, "Never hit her, huh .. It's still disrespectful, humiliating and degrading to do."

Some others were upset at the people in stadium for doing nothing when Gervonta assaulted his baby mama. "#Gervonta is trash and all those who sat around and watched are disgusting too," one wrote. Another commented, "The fact that not one person tried to restrain him or help her bothers me..."

Despite the outrage, Gervonta didn't seem to show any remorse. He was seen partying with his pals. While he deleted all his Instagram posts, he still posted Story of singing and dancing to music.

It's not the first time Gervonta was accused of hitting his woman. His ex Ari Fletcher who's now dating MoneyBagg Yo once wrote this cryptic message on Instagram, "Ladies, can you marry a man that gives you 800k monthly but beat you once in a while?"

When Gervonta recently taunted her for having more money than MoneyBagg, Ari responded, "Not a dollar gone bring me back and not a dollar gone heal your heart. Now stop before I go all the way there, I let you clown enough."

Elton John Abruptly Cuts Off Concert Due to Massive Storm

Gervonta Davis Speaks Out After Arrested for Assaulting His Baby Mama