The 'I'm So Tired…' singer contacts the band's lead vocalist Matty Healy after noticing the similarities between his 'Tattoos Together' music video and the band's 'Sincerity Is Scary'.

AceShowbiz - The 1975's Matty Healy had a hilarious response when singer Lauv texted him to apologise about the similarities between the videos for his new song "Tattoos Together" and the band's "Sincerity Is Scary".

The U.S. singer was alerted to the likeness between the two videos by fans of The 1975, and wasted no time in messaging the group's frontman Matty to explain that he hadn't deliberately copied their video.

"hey man. i just put out a video for my new song and saw comments about similarities to the sincerity is scary video," he texted. "i honestly hadn't seen the video till now, but after seeing it im completely horrified and wanted to reach out and apologise directly before i said anything online. as somebody who's genuinely a massive fan and who respects your artistry so much, please believe me when i say this was an honest mistake. if you have any strong feelings about me saying something specific or anything, i want to do whatever i can to make this right."

Responding, Matty began, "Ur moms a h*e (sic)," before writing, "OMG. Lol Bro honest idgaf (I don't give a f**k) if anyone is giving you s**t just post this screenshot."

When Lauv questioned if Matty was "for real," the 30-year-old replied, "Let's all love making music".

Lauv also admitted his "heart dropped" when he realised The 1975's fans were right about the similarities between the two video concepts, adding, "I felt so dumb."

But reassuring his peer, Matty insisted, "Happens to the best of us bro."

Following their conversation, Lauv took Matty's advice and shared a screenshot on Twitter, writing alongside it, "i wanna be one to own up to s**t, I'm sorry." 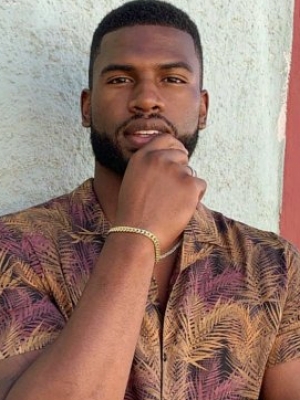