Former beauty queen La Reina Shaw vents her frustrations on Instagram as she seemingly takes a lot of heat over her alleged relationship with the Carolina Panthers quarterback.

AceShowbiz - Cam Newton's alleged side chick La Reina Shaw broke her silence. The Instagram model is rumored to secretly give birth to the football star's child and become the reason he called it quits with his longtime girlfriend Kia Proctor, the mother of his four children.

She seemingly took a lot of heat following her hookup rumors with Cam. Without mentioning the NFL player, she posted this Story on Instagram, "Y'all better stop disliking people over what you heard, and be thankful God isn't disliking YOU over what he KNOWS. People don't know s**t about s**t but always got the most to say lol." 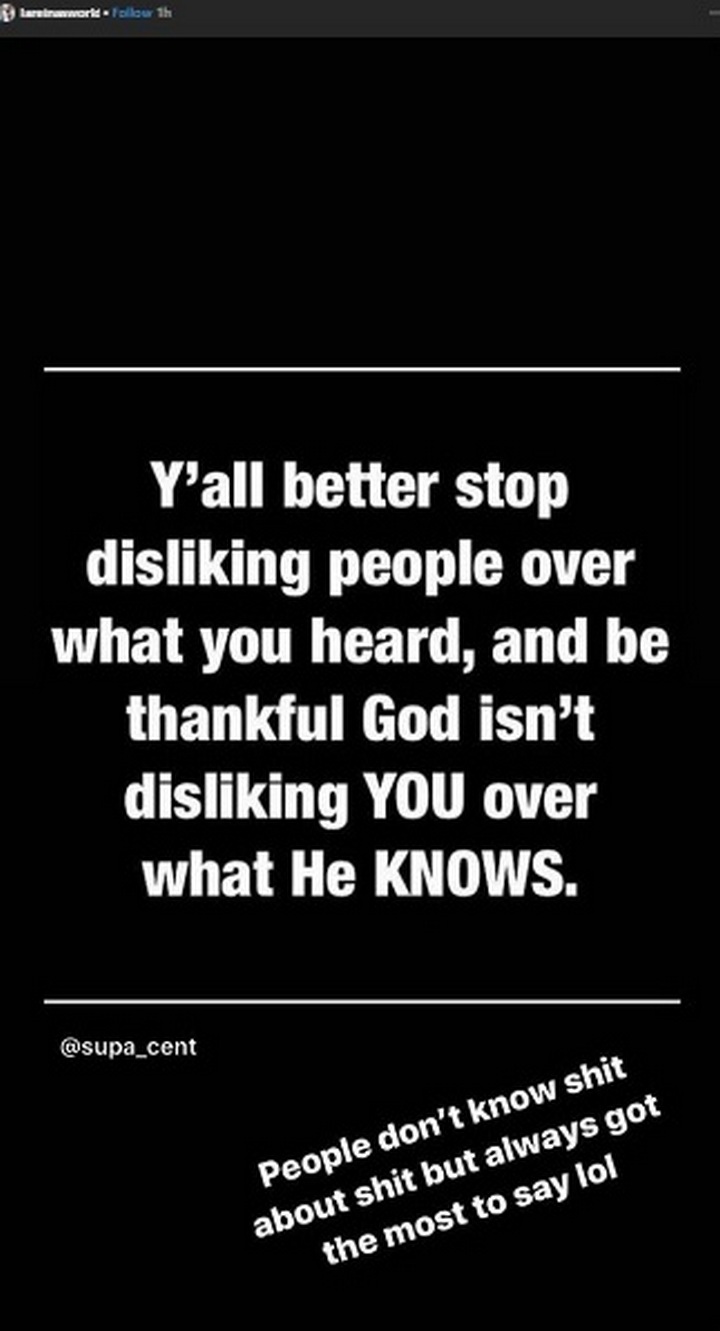 Cam Newton's split from Kia Proctor went viral earlier this week as he was rumored to have a secret baby with Reina, a former Miss Azerbaijan. The ex-pageant queen shared a subtle glimpse at her baby bump in June 2019, a month after Kia announced her own pregnancy.

Kia later introduced her baby in October. Meanwhile, Reina revealed she had already given birth in a December image where baby bottles were seen in a rack next to a sink.

The Carolina Panthers quarterback showed signs of being interested in Reina when he was caught lurking on Reina's Instagram and liking her sexy pictures while he was still in a relationship with Kia. Reine also left comments on his posts. They even celebrated New Year's Eve together as she posted a picture from his Fellaship Atlanta cigar lounge.

Cam Newton and Kia Proctor started dating in 2013, but he only confirmed their relationship after she gave birth to their first child in December 2015. They reportedly have split for at least six months and now they are fighting over the paternity and custody of their children.

Despite signing the birth certificates, he demands DNA test for the children she gave birth during their relationship. She is willing as long as he pays for it. If the children are his, he wants a joint custody while she is seeking a full custody.