The 'Real Housewives of Atlanta' star has allegedly exchanged wedding vows with her sportscaster fiance in an intimate ceremony in New York City after five months of engagement.

AceShowbiz - Cynthia Bailey has reportedly got married. "The Real Housewives of Atlanta" star was spotted wearing a wedding dress while her fiance Mike Hill looked dapper in a tuxedo. They flashed big smiles as cameras were rolling to capture the moment.

On his Instagram Story, Mike shared a beautiful view of Central Park in New York City. "God is good," he wrote. The sportscaster later posted a clip of Cynthia wearing a hotel robe while getting her makeup done. "My [queen emoji]," he gushed. 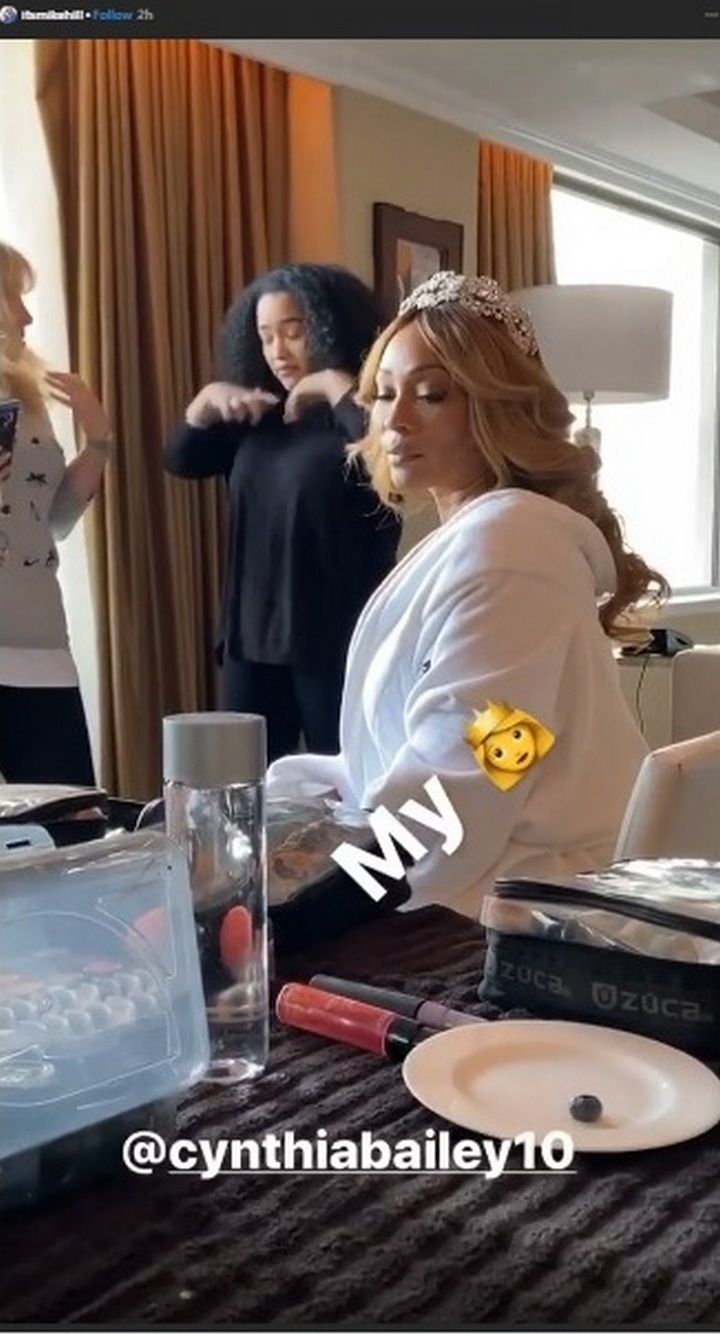 Mike Hill shares a look at his bride
See also...

Mike proposed to Cynthia in July 2019 with the help from her daughter Noelle and his two daughters Kayla & Ashlee at the grand opening of her new business place, The Bailey WineCellar. He pretended to give a toast before getting down on one knee.

Cynthia and Mike started dating after being introduced by Steve Harvey on the comedian's former talk show. Steve brought out three potential suitors for her to choose, and she almost picked another person. "I told her, 'You're not picking that guy, you gon' pick this guy [referring to Hill]. I talked her into him," Steve said.

They previously announced their plan to get married on October 10, 2020. They also hoped for Steve to officiate their nuptials. "I would love for him to do that," she said. "I haven't talked to him about it yet - obviously, he knows that we're engaged. We have our date, which is perfect: 10/10/2020. And to make it even more perfect, having Steve officiate would be a happy ending."

DaBaby Flaunts His Money After Prison Release: 'The Devil Can't Do Nothing With Me'