His pro wrestler daughter Charlotte Flair has gotten engaged to her wrestling champion boyfriend, Andrade, after he asked for her hand in marriage on New Year's Eve.

Wrestling legend Ric Flair's daughter also shared the news with her Twitter followers, alongside a snap of the pair. 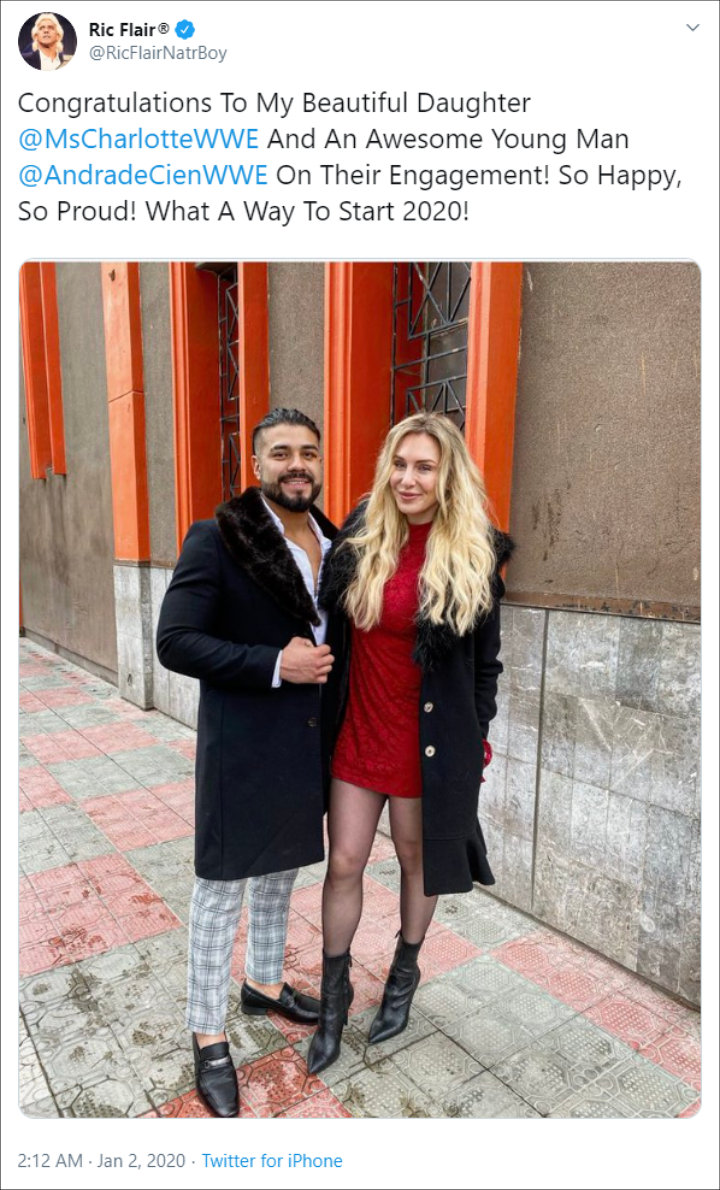 Ric Flair was among the first to congratulate the couple, adding: "Congratulations To My Beautiful Daughter @MsCharlotteWWE And An Awesome Young Man @AndradeCienWWE On Their Engagement! So Happy, So Proud! What A Way To Start 2020! (sic)."