Jasmine is allegedly dating Nick after they were recently seen together, but they reportedly have been messing around since she was still dating his friend Terrence.

AceShowbiz - Jasmine Sanders was spotted hanging out with Nick Cannon over the holiday, and the sighting soon opened a can of worms. A source claimed "The Masked Singer" host has been sleeping with the blond model since she was still dating his own friend Terrence Jenkins. 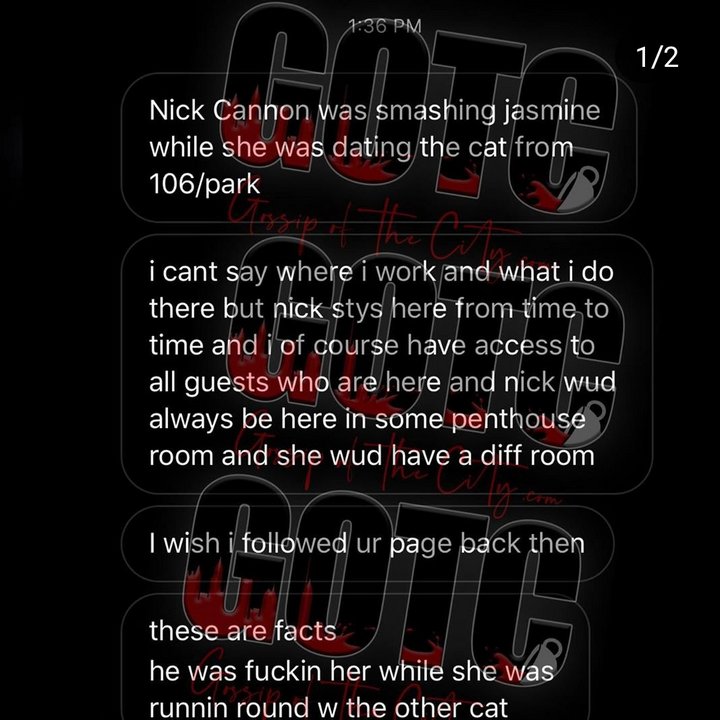 Details of their alleged hookup are still scarce, but the pair now sparks dating rumors as they still keep a close relationship. They were recently seen in an airport together. According to a chatter on Twitter, they also enjoyed dinner together. 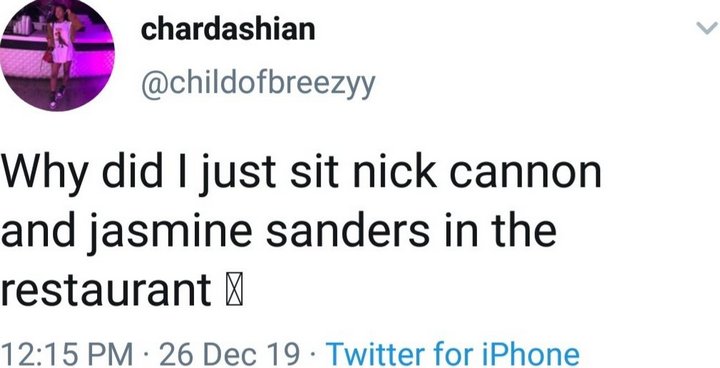 It's not the first time the rumored lovebirds were romantically linked. Back in 2014, Nick was seen with Jasmine following his separation from then-wife Mariah Carey. It sparked speculations that he cheated on Mariah with the model also known as the Golden Barbie. 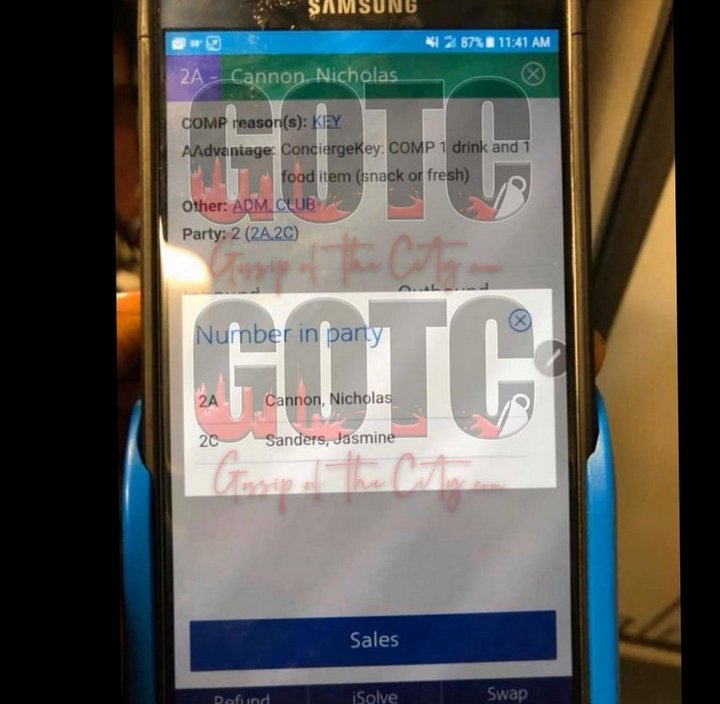 Jasmine started dating Terrence in 2016. A year ago, Terrence was involved in a car accident and fled the scene with a female companion. Witnesses claimed the woman was Jasmine but her representative strongly denied it. The car crash quickly turned into a cheating situation and possibly played a part in their breakup.

Just recently, Jasmine hung out with former flame Chris Brown in Miami when he spray-painted mural for Art Basel. The R&B singer, however, insisted their relationship was strictly platonic.

Before Jasmine, Nick and Terrence have been with the same woman. Nick was engaged to Selita Ebanks in 2007. She then dated Terrence from 2011 to 2013.