Francesca Scorsese pranks her director father by wrapping his gifts using paper covered with images of Thor, Captain America, and the members of Avengers.

Actress Francesca took to Instagram on Christmas Eve, December 24 to share a photo of a pile of presents covered by images of Thor, Captain America, and their fellow Avengers.

"Look what I'm wrapping my dad's Xmas gifts in," she captioned the photo. 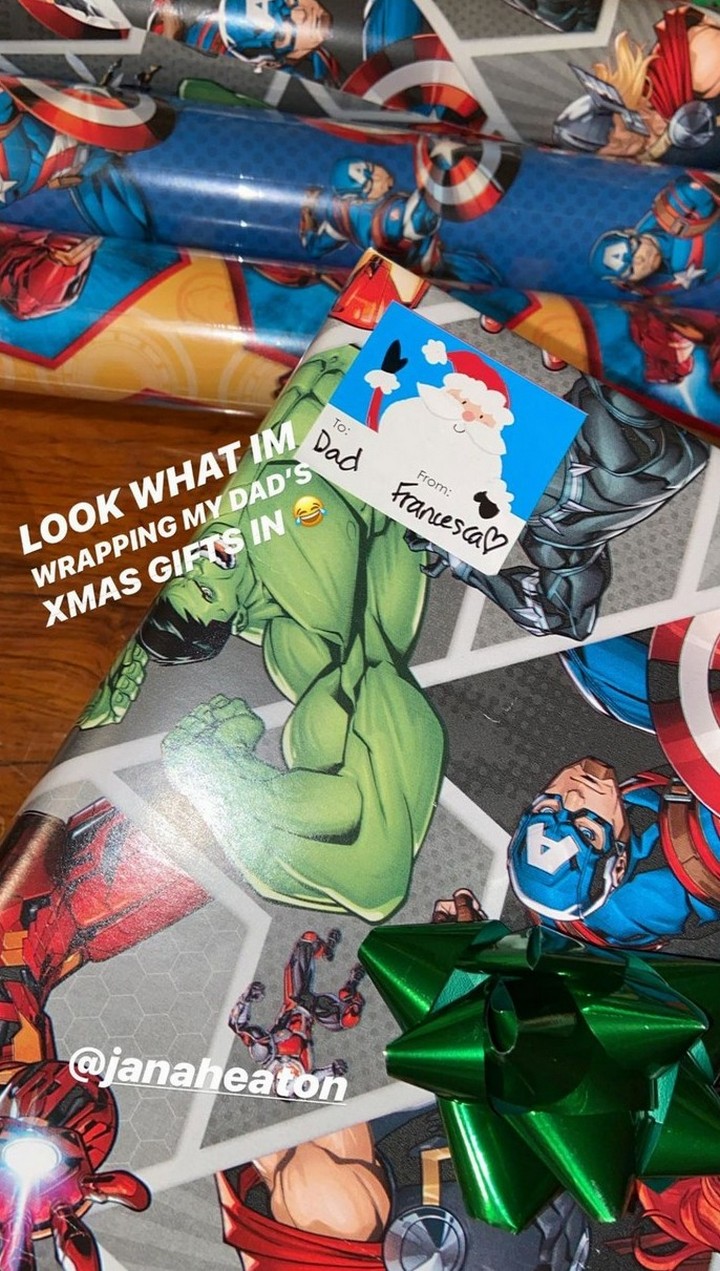 Martin Scorsese's daughter pulls a prank on him

"The Irishman" director sparked backlash earlier this year when he declared Marvel movies were "not cinema" in an interview with Britain's Empire magazine. He later clarified his comments in a piece for The New York Times, claiming he did not want to attack the artistry of those involved but stated the movies are not to his taste and are crowding other types of films out of cinemas.