The 'Hotline Bling' hitmaker makes it clear that he doesn't want to be in the same video as the infamous Toronto girl as he doesn't condone her reckless behavior.

AceShowbiz - Drake reacted to the online backlash over his music video for brand new track "War". The hip-hop artist came under fire after people identified one of the female extras in his new clip as the girl who recklessly threw a chair off a high-rise balcony to a busy road in Toronto.

The Canadian rapper removed the original video, cut off the scene that had the "infamous chair girl," and then reposted the revised clip online. He announced the updated video on Instagram and explained, "I don't choose extras for my videos by the way [chair] [wide-eyed face]." 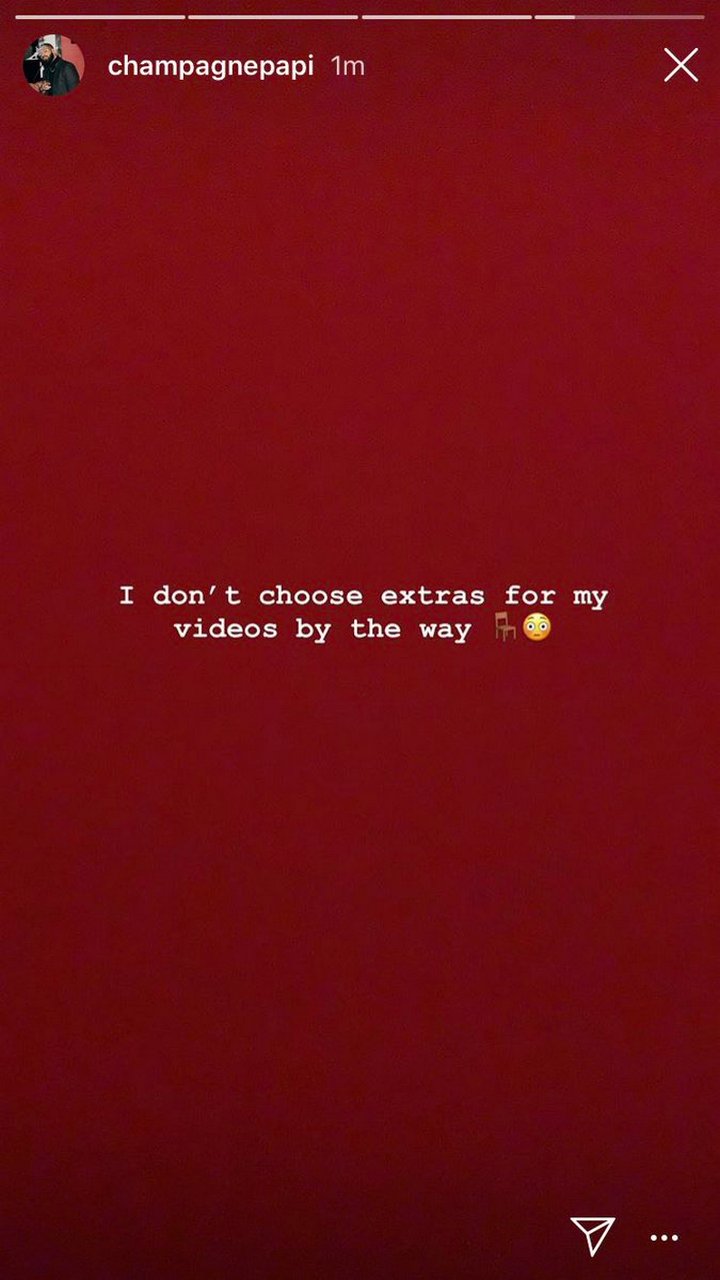 Drake addresses controversy over a female extra in his music video

The cinematographer Theo Skudra also addressed the controversy. He made it clear that he didn't want to be involved in any way with the girl who went viral for her mischief that could endanger life. "Certain people we don't condone," Theo wrote along with a link to the revised video.

Drake dropped his song on Christmas Eve. He soon earned himself a new nickname "UK Drake" for using a UK drill flow in the AXL Beats-produced track. "It's not for us Americans! This is UK Drake! We know he's versatile deal with it," read one of the many comments.

In the song, the "Hotline Bling" hitmaker namechecked the likes of Gigi Hadid, Kendall Jenner, as well as Jay-Z, and made a subtle reference to "bad girl" Rihanna.

He also addressed his feud with The Weeknd, suggesting that they had settled their beef. "OVOXO link up," he raps, referring to his label OVO and Weeknd's XO. "And the boy that sound like he sang on 'Thriller' / You know that's been my n***a yeah / We just had to fix things, family, 6 tings, we can't split up."