People Suspect Malia Obama Is Doing Cocaine Because of This Photo

Many believe that friends of Barack Obama's daughter are the ones who take the photo and share it online, leading people to urge the girl to find new friends.

AceShowbiz - Is Malia Obama a cocaine user? That is what people have been speculating ever since a photo surfaced online over the weekend indicating that the 21-year-old daughter of Barack Obama is consuming the recreational drugs.

A Twitter user who goes by the name Old Row posted on the micro-blogging site a photo of cocaine and a black credit card that appeared to belong to Malia. The post soon went viral, with a number of people believing that the former First Daughter's friends were the ones who took the photo and shared it online. 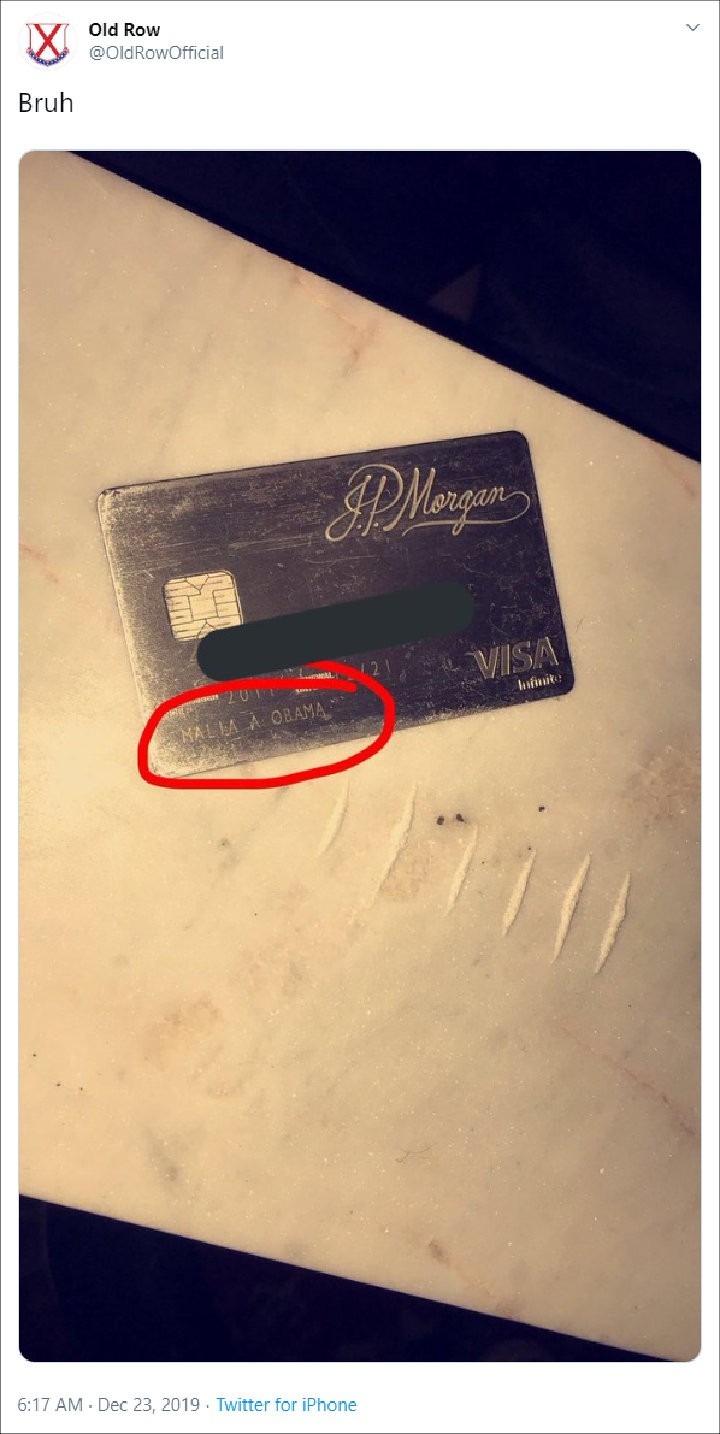 "The girl has needed new friends for like 5 years," someone said. "Malia Obama has s***y friends," another similarly wrote, while one other commented, "The quality of coke that malia obama must have... omg." Another said, "How many times do we have to be ignored by Malia Obama on the fact that she needs new friends??? It's been years and they're still trash and highly questionable." Meanwhile, an individual blamed it on Barack and Michelle Obama, "She must've had lousy,unnattentive parents. Sad."

However, one person pointed out that the photo was old and that Malia didn't buy and consume the cocaine in the image. According to the user, the girl's "card was found on the ground and a random stranger came upon it and used it for that line of coke (eww)."

Malia has yet to respond to the photo.

Malia's relationship with her friends have been criticized for a long time, particularly because it was believed that her friends often took and posted photos of her without her permission. Among the pics that they shared include one which showed her allegedly smoking weed at Lollapalooza and one that featured her sitting near a table with a giant bong.

Malia Obama Criticized for Her Smoking Habit After Hanging Out With Sasha's Beau Clifton Powell Jr.