AceShowbiz - Lily Collins came to her boyfriend Charlie McDowell's defense after he faced backlash online. The 36-year-old writer/director came under fire after he uploaded an offensive post on his Instagram Story. It was a picture of a woman sitting next to a kid's backpack with cartoon character Ursula. "Like mother like bag," he captioned the photo. 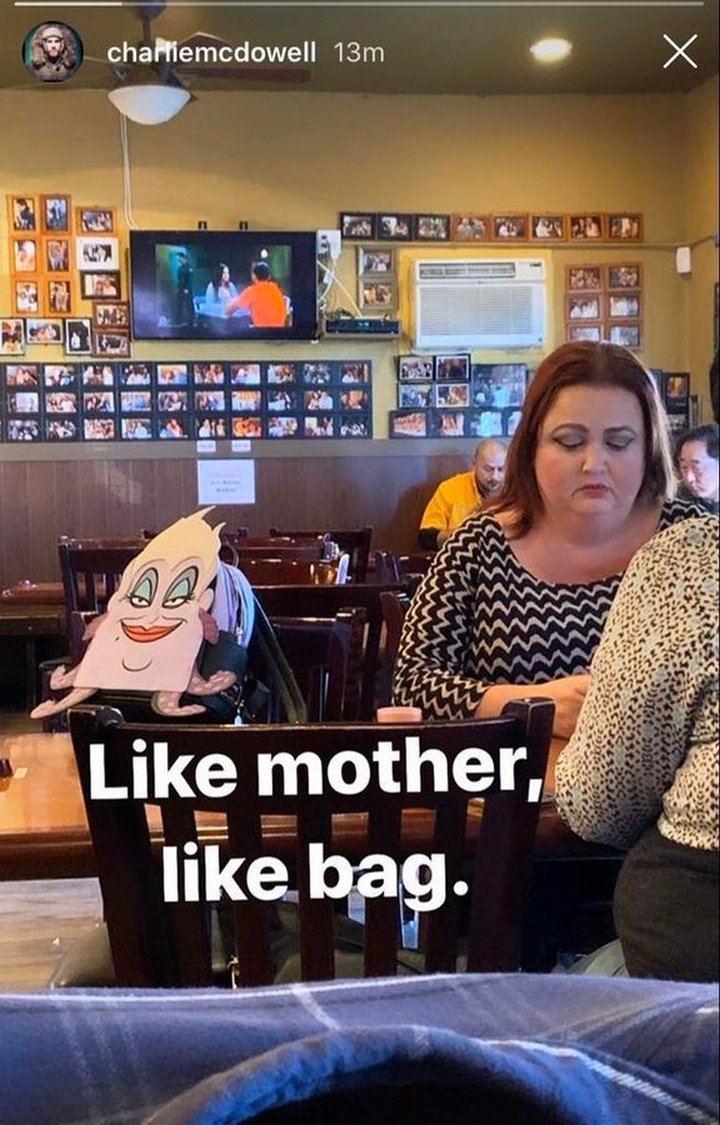 It was additionally revealed that he made racist jokes on Twitter. "I used to be a black teenager," he joked in a 2012 post.

Numerous inappropriate jokes were also found in his book "Dear Girls Above Me: Inspired by a True Story" as well. "Dear GAM, 'I had nightmare that I was getting raped but he couldn't get it up. It was scary but super offensive.' I wanna feel bad for you," he wrote in one passage.

He also made fun of domestic violence, "If you piss a guy off, he'll use his fist. I guess if you piss a woman off, she'll use f**ked-up mind games to take you down." He joked about eating disorder in another passage, "Dear GAM, 'if breakfast is the most important meal of the day, can I just skip the others?' That might be healthier than throwing them up."

Collins said she and McDowell were hurt by the negative comments directed at them. While pleading with people to stop attacking her boyfriend, the "Mirror Mirror" actress downplayed his disrespectful comments. She seemingly suggested that he just had unusual sense of humor.

"This week I saw some messages and comments that were really hurtful to me and someone I love. It's never okay to verbally abuse, bully, or threaten people even if you don't agree with their opinion or sense of humor," wrote the daughter of musician Phil Collins on her own Instagram.

An anti-bullying advocate herself, she continued, "I've always leaned on social media, especially Instagram, because we've built a community up on this page that is so encouraging and loving. It's amazing to see you guys make friends and start new conversations."

"I'm incredibly thankful for all of you. But please please think before you write something negative and defamatory. It's so important that we try our best to lift each other up, not tear each other down. Love always and forever...," she concluded.

Her statement didn't sit well with many people. One wrote, "You're the one who'se (sic) a spokeswoman for a global antibullying organization giving speeches at WE DAY on how we should speak up against bullying but YOU're the one giving your boyfriend a pass for humiliating innocent people on social media. Make it more sense @lilycollins."

Despite encouraging her followers to start conversation, Collins along with McDowell blocked the critics online.

Charlie McDowell is the son of English actor Malcolm McDowell and American actress Mary Steenburgen. He was previously linked to Rooney Mara and Emilia Clarke. Rumor has it, the "Game of Thrones" alum broke up with him because she did not appreciate his sense of humor.

When he started dating Collins earlier this year, one of her concerned fans posted his problematic jokes while tagging the actress on Instagram and pleading with her boyfriend to issue an apology. "I'm asking you for a statement or an apology if you are a good person," the fan sent a message to him.

The fan was blocked by the actress. "It's offical, @lilyjcollins has blocked me," the fan claimed. "It seems her relationship is the most important thing right now and she doesn't seem to care about the r*pe, eating disorder, racist jokes that her boyfriend has made. she doesn't seem to care that her fans could be hurt by them. i have lost so much respect for this woman i once admired so much."

Meanwhile, McDowell insisted he's a good person and did nothing wrong. He claimed his jokes were "completely taken out of context and not looked at properly." He said, "The negativity I've received from a select few is far worse that anything I've ever tweeted or written about."