A graphic video showing a white woman having sexual intercourse with a black man who has the same hand tattoo as the A$AP Mob rapper pops up on adult film site. 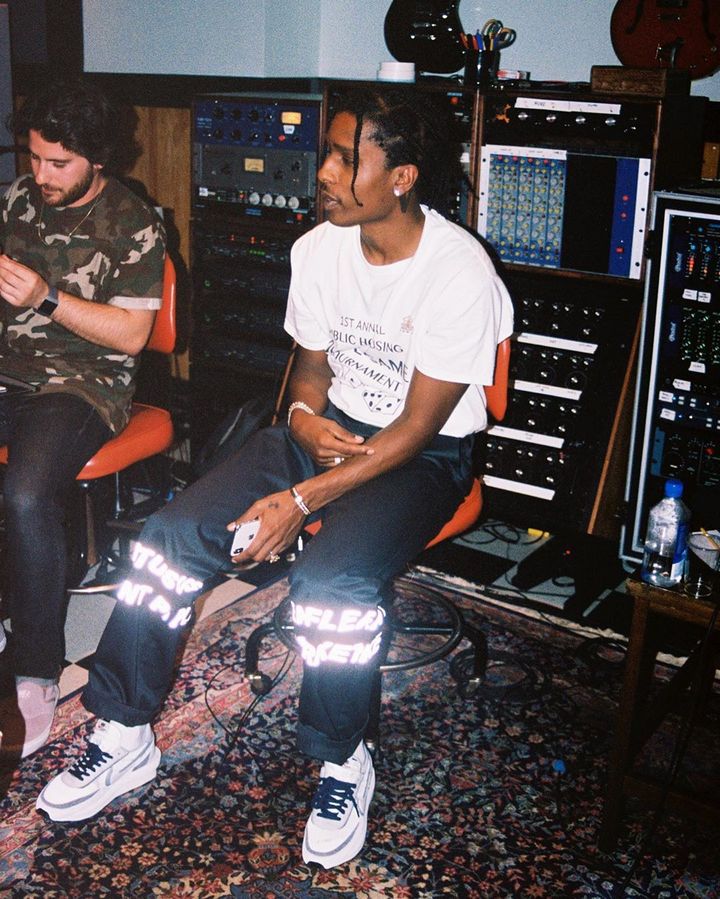 They were just casual sex, he claimed. "Usually guys are insecure with working, successful women, they can't handle it when it's on the other foot, you know?" he explained. "So they get with a guy like me - they know I don't want to break their hearts or nothing. And why not? Let's smoke some good weed in the teepee and have a fun time!"

The alleged sex tape came out amid rumors that Rocky is dating Rihanna. The Barbadian singer was reported to break up with Saudi billionaire Hassan Jameel after she and the rap star posed together on the red carpet of British Fashion Awards early this month. She even rocked cornrow braids, matching his signature hairstyle.

The "Diamonds" hitmaker added fuel to the romance rumors when she was spotted supporting the A$AP Mob star at his concert in Stockholm, Sweden roughly a week later. The rumored lovebirds were later seen enjoying a romantic dinner for two in London.

It's not the first time Rihanna and A$AP Rocky sparked romance rumors. Back in 2013, they were rumored to hook up after kissing on the set of their music video.

A$AP Rocky was previously linked to the likes of Kendall Jenner, Rita Ora, Iggy Azalea, and Chanel Iman. Before reportedly dating RiRi, he was seen on a date with Brazilian model Daiane Sodre.

A$AP Rocky Hangs Up on Tyler, the Creator on Instagram Live Over His Flirty Question