The 'Pump It Up' hitmaker is spotted with his new girlfriend at the 2019 BET Soul Train Awards, after calling off his engagement to baby mama Cyn in April.

AceShowbiz - Joe Budden is at least consistent about his type of women. The former rapper, who split up from his baby mama Cyn Santana earlier this year, is reportedly moving on with another woman who looks exactly like his ex.

The 39-year-old broadcaster/songwriter was allegedly spotted with his new lady at the 2019 BET Soul Train Awards on Sunday night, November 17. In a picture obtained by MTO News, he was spotted sitting next to the bae, whose face was barely seen as it was partially blocked by another person's head.

The site claims that Joe's new girlfriend is a Cyn look-alike. 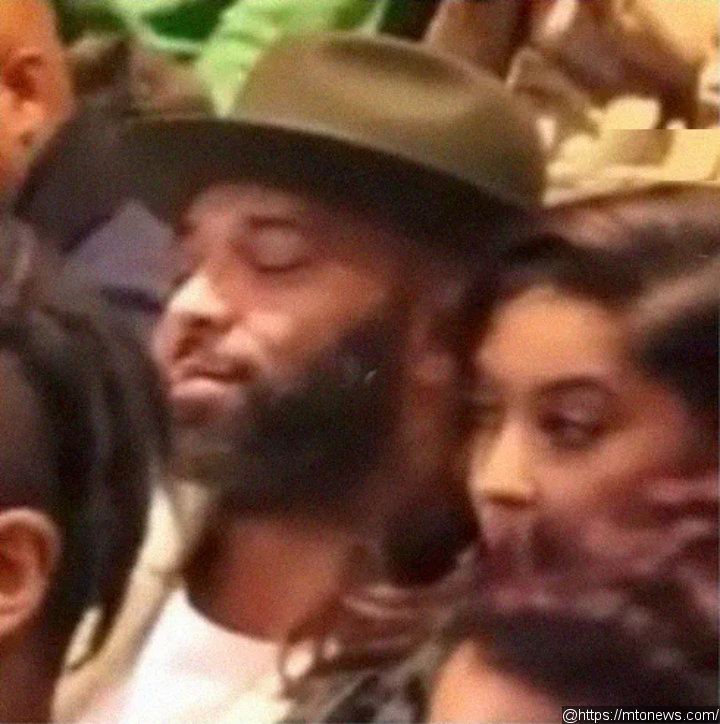 Joe Budden and his rumored new girlfriend were spotted at Soul Train Awards.

Joe was previously rumored dating an Instagram model and boutique owner, named Shadee Monique. The two looked coupled up during his pool party in Houston, Texas in August, before apparently vacationing together in Turks & Caicos a few weeks later.

They didn't post any pictures together, but had a flirty exchange in one of her Instagram posts. Shadee posted a picture showing off her hot body and wrote in the caption, "And to think... I changed clothes before going out."

Joe asked in the comment section which occasion she was referring to. Shadee, whose Instagram handle is therealcateyes, responded with a flirty message which read, "U already know when n where [tongue out emoji]."

It's not clear if the woman in the photo from the Soul Train Awards was Shadee or a different woman.

Joe and Cyn share a son, Lexington, who was born in December 2017. He proposed to her during a live episode of "The Joe Budden Podcast" in New York in December 2018, but calling off their engagement four months later after a "huge fight."

In an interview with Tiffany Pollard, Cyn stated that leaving Joe was the "best decision" she has made in her life. She added that she left her ex to "protect herself."