The 49-year-old supermodel faces backlash online after claiming in a new interview that doing an all-black fashion show would go against what she stood for.

AceShowbiz - Naomi Campbell landed in hot water for refusing to take part in all-black fashion show. In a new interview with The Guardian, she revealed she was recently offered "tons of money" to do an exclusive black show but turned it down.

Discussing the increase in diversity, the 49-year-old supermodel commented, "People of colour are in a very interesting position right now. We're more than just in vogue. We are the culture. I feel a difference on many levels now."

One of Campbell's friends, however, called it a "cult." The runaway superstar said, "To hear this called a 'cult,' that was like 'Wait a second: so you want me to feel bad now that things are turning the other way?' No. We just want balance, end of story."

And doing an all-black show, according to her, would be going against what she believed in. She said, "I won't do an all-black show, for instance, because it would be hypocritical given what I've stood for, for so long," which was "balanced inclusion."

"I can see clearly when brands want diversity because they get it and think it's the right thing to do - and the ones who just think it will look bad if they don't," the English model claimed.

Soon after the interview was published, she received backlash online. She was called "delusional." "Some people like being the only black or person of color in the room," one commented. "I'm sure it sounded real noble in her head," another sarcastically said. 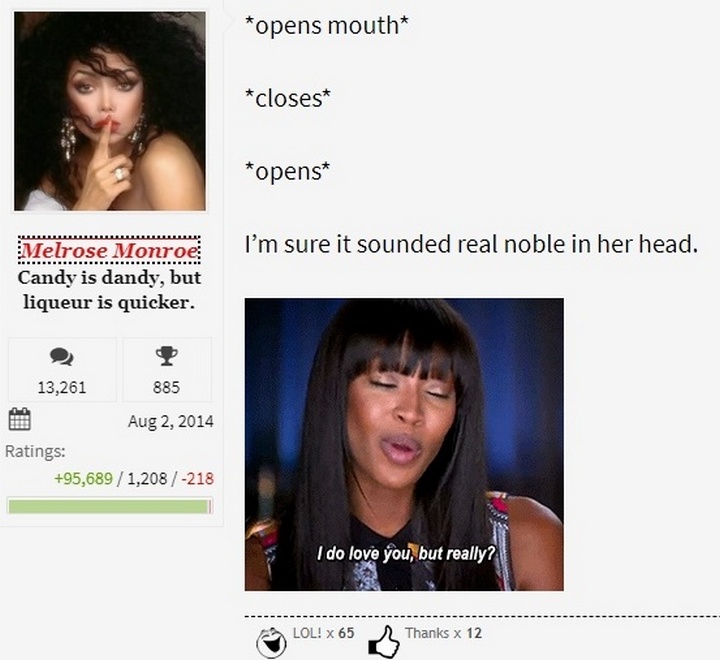 A different person gave this theory, "She probably turned down that all black fashion show because it wasn't high profile enough for her. That's all it was. She's just trying to spin it into something profound. If any of the high profile, high fashion designers wanted to lead an all black model fashion show, Naomi would have jumped at the opportunity."

Meanwhile, one person referred to Campbell's previous statement, "Smh. She would rather keep being the token then (sic) represent her own culture and community. Highlighting your own community doesn't mean you're not being inclusive. It's giving people the chance to shine who would never get a chance otherwise."

In an October interview at the Wall Street Journal Tech Live event, the supermodel recalled feeling uncomfortable during her early career because she was the only black model on the runway. She said, "I know what it's like to be the token and it wasn't a good feeling to have to always be the only black model in a show of 70 girls. It was uncomfortable. I didn't like it."