In a series of posts on Instagram Stories, Jen blasts the 'Jersey Shore' star as 'a narcissist in a nutshell' and claims he 'cheated,' 'lied' and 'f**ked up.'

AceShowbiz - Ronnie Ortiz-Magro and Jen Harley's split is getting even uglier. In a series of new Instagram Story posts shared on Wednesday, November 13, the ex-girlfriend of the reality TV star once again accused him of cheating and many other things.

Jen claimed the "Jersey Shore: Family Vacation" star has been with so many other women that she's used to it. "I don't want to hear about Ron and all these other girls. Believe me there's been sooo many so please save the screen shots and pictures, I'm used to it," she wrote. 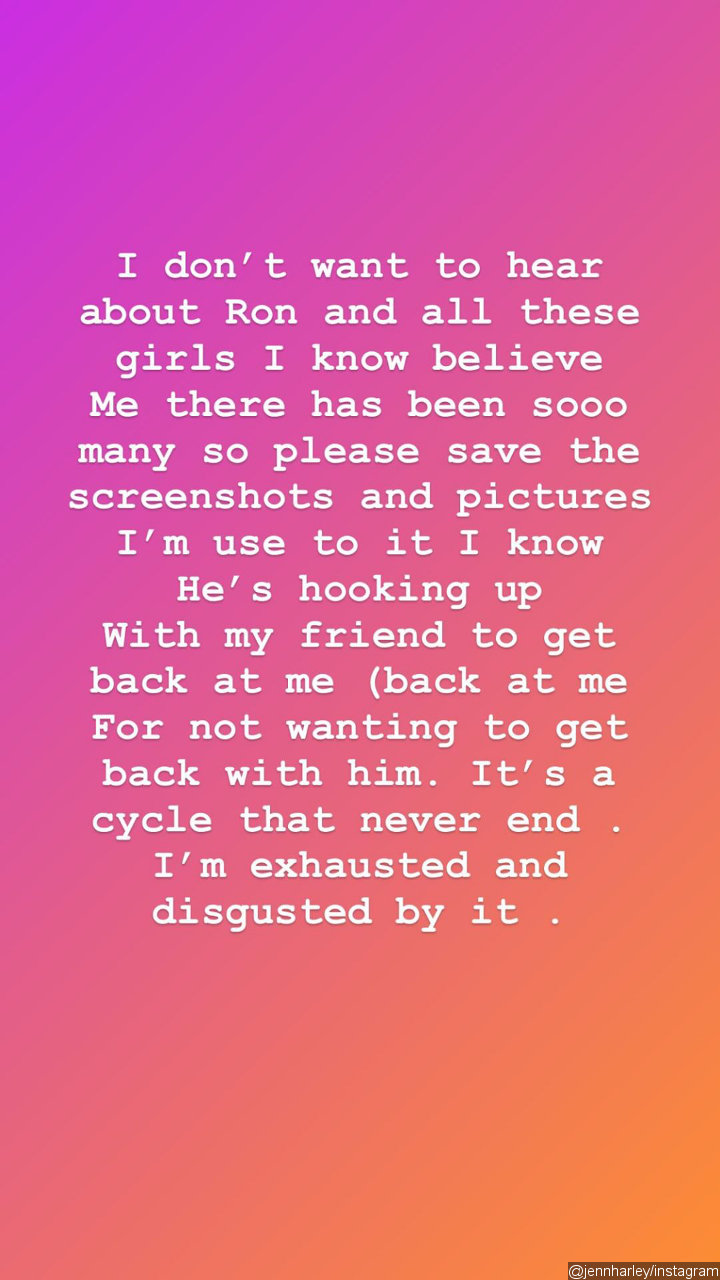 Jen Harley accuses Ronnie Ortiz-Magro of cheating on her with her friend.
See also...

In another post, Jen called out the 33-year-old, "You cheated, you lied, you f**ked up. It's always been you." Sharing how being with Ronnie, whom she dubbed "a narcissist," has affected her, she continued, "Relationship with a narcissist in a nutshell: You will go from being the perfect love of their life to nothing you do is ever good enough. You will give everything and they will take it all and give you less and less in return. You will end up depleted emotionally, mentally, spiritually and probably financially and get blamed for it." 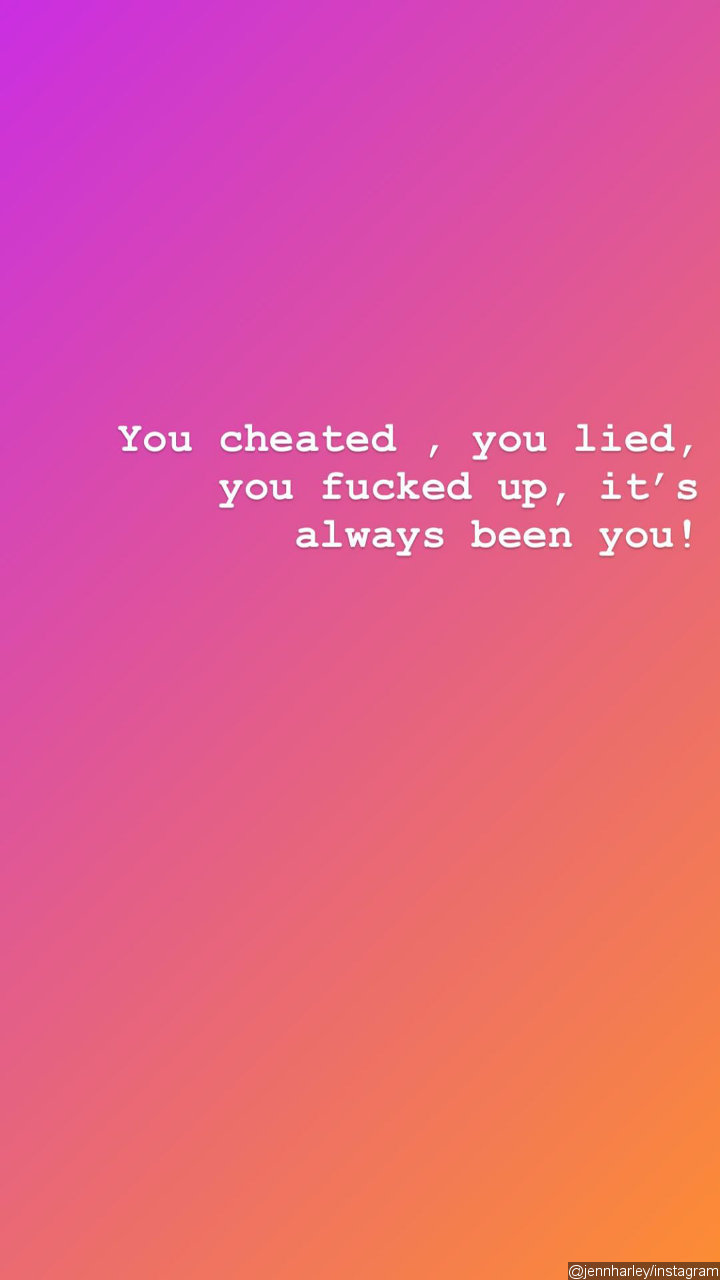 "Everyone is hurt in this situation," she lamented. "I don't understand all the bashing going on, on his end. All I ever wanted was a family for our daughter. The toxic part was sweeping everything under the rug and trying to look past all the cheating just didn't work for me. I'm heartbroken by it all and just want to co-parent peacefully."

For Ronnie's part, he has accused Jen of being a bad influence in his life. "If you walked away from a toxic, negative, abusive, relationship, one-sided, dead-end, love vibrational relationship or friendship - you won," he posted on Instagram Stories on November 11, seemingly aimed at his ex. He also posted a quote that read, "I forgive you, but stay the f**k out of my life."