The 'In My Feelings' hitmaker shows his bond with his 2-year-old son in an Instagram Stories photo featuring the toddler sporting 'I [love] Daddy' socks.

AceShowbiz - Drake is slowly opening up to the world about his life with his son Adonis. On Monday, November 4, the Canadian rapper took to Instagram Stories to share a rare photo of his 2-year-old boy from his relationship with ex-girlfriend Sophie Brussaux.

In the image, the toddler declared his love for his father by wearing socks with "I [love] Daddy" written across the ankle. Adonis, whose face wasn't shown in the Instagram Stories post, also sported a Burberry sweatsuit. 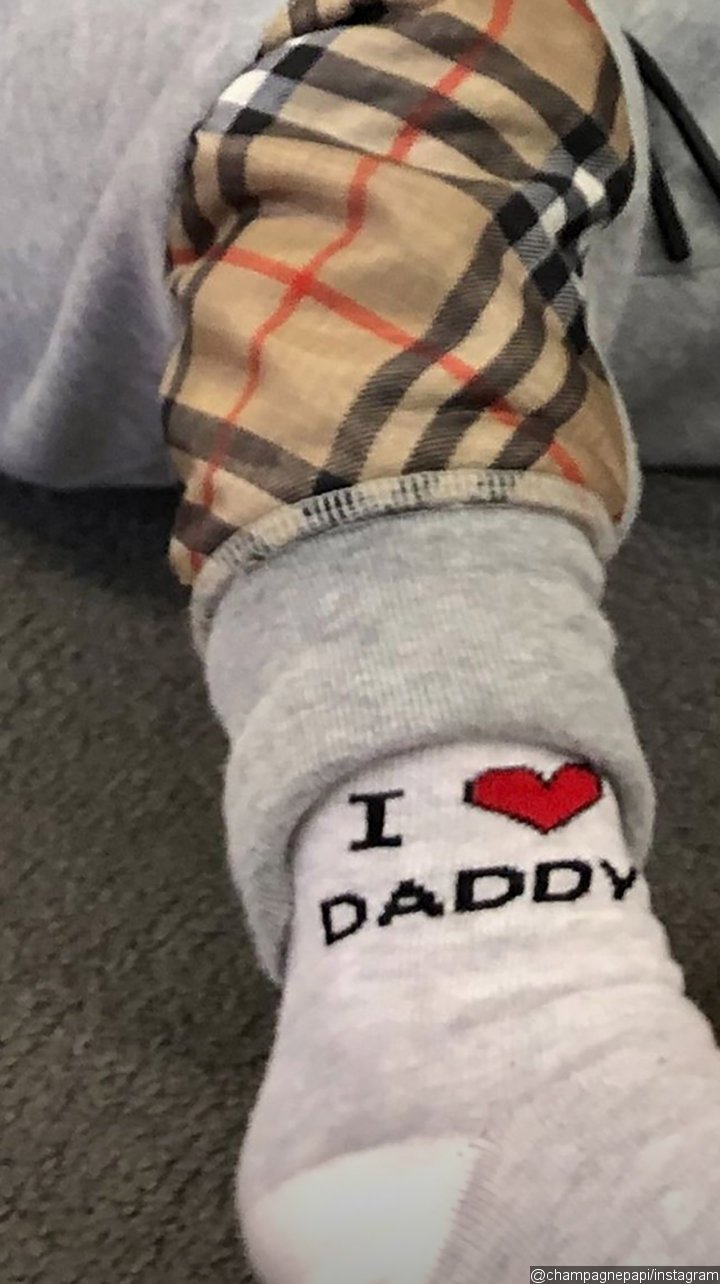 This is one of a few social media posts that Drake has ever made about his son. He previously proudly showed an artwork made by Adonis in December 2018. Comparing it to Pablo Picasso's masterpiece, he captioned the photo, "Adonis > Picasso don't @ me."

In honor of his son's 2nd birthday last October, the "Hotline Bling" hitmaker also posted a picture of his home decoration to celebrate his son's special day. In the picture, the 33-year-old star's home was seen being decorated with balloons spelling out his son's name as well as star balloons and a Cookie Monster flower arrangement. "Happy Birthday King," he wrote in the caption, adding a blue heart emoji.

Drake later asserted in an interview that Kanye West tipped Pusha off, but the Yeezy founder denied any involvement. Pusha then revealed that he found out about Drake's son from a woman who was romantically linked to Drake's production partner, 40.