Rodney Reed, who has been convicted of sexually assaulting and murdering Stacey Stites, is set to be executed on November 20, prompting high-profile celebrities to fight for his freedom.

AceShowbiz - Rihanna, Meek Mill, and Busta Rhymes, have urged fans to petition Texas' government to save a man on death row who may be innocent.

Rodney Reed is set to be executed on November 20 after spending more than two decades in jail for the 1996 murder of Stacey Stites, but according to CNN, a former prison inmate named Arthur Snow, Jr. has claimed in an affidavit that Stites' fiance confessed to the killing.

The "Umbrella" singer has now tweeted fans asking them to sign a petition calling for Reed to be freed.

"One Click!!! SIGN this petition if you don't believe the Government should kill an innocent man!!!" she demanded. 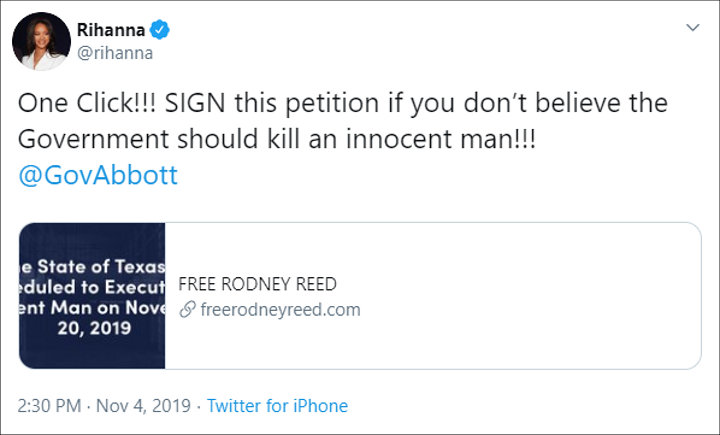 Backing the Free Rodney Reed campaign on his own Twitter page, Meek, who has campaigned for justice reform after his own incarceration, wrote, "16 days left and he will be executed for a crime he didn't commit." 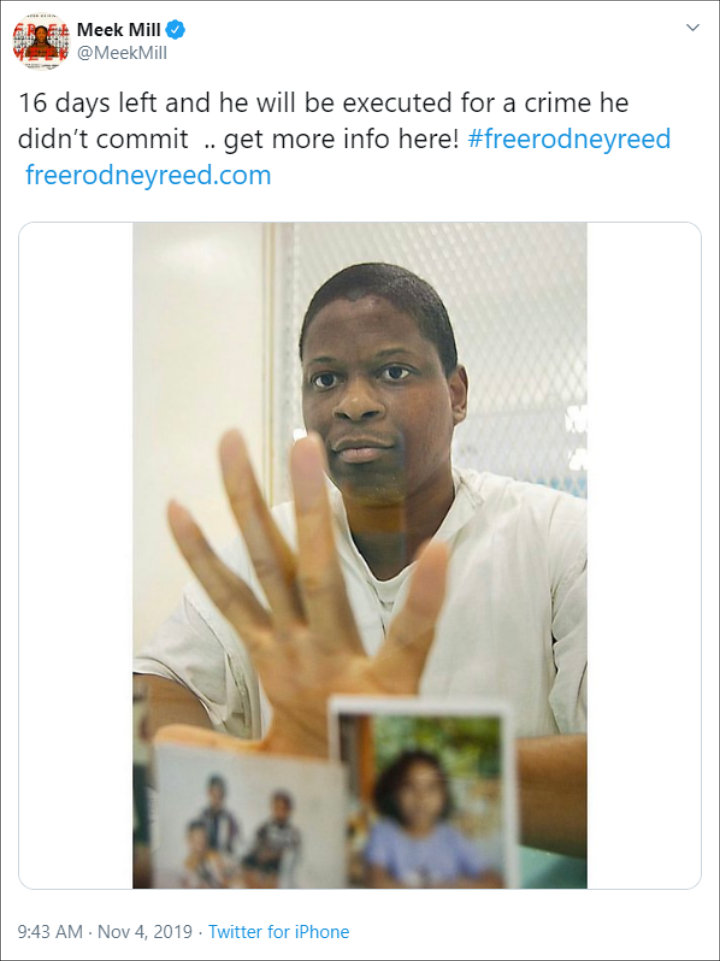 Busta added on Instagram, "I just signed the petition to stop the execution of #RODNEYREED @justice4rodneyreed Thank you (campaigning activist) @shaunking for shining such a bright light on this situation where this brother will be executed in the next 16 days for a crime that he did not commit. Please everyone we cannot let this happen."

Reed, who is African-American, was convicted by an all-white jury of sexually assaulting and murdering Stites, a 19-year-old white woman who was engaged to Jimmy Fennell, then a Bastrop, Texas police officer.

Witnesses have subsequently come forward to claim that Reed was in a consensual relationship with Stites, and Fennell later served a 10-year prison term for a sex crime and kidnapping.

The petition demanding Reed be freed already had more than 50,000 signatures by Monday.

Rihanna 'Obsessed' With Her Baby Boy