B-Real, a member of Tim Commerford and Brad Wilk's side project, shares the break-up news through an Instagram post shortly after the 'Bullet in the Head' rockers announced a string of 2020 shows.

AceShowbiz - Tom Morello's rap/rock supergroup Prophets of Rage are parting ways following the surprise news of his Rage Against the Machine reunion.

The guitarist teamed up with fellow former Rage members Tim Commerford and Brad Wilk in 2016 to form the side project with rap icons Chuck D and B-Real, and they have spent the past three years touring with the 2017 release of their self-titled album.

However, it appears the group is no more as Morello, Commerford, and Wilk prepare to join forces with Rage Against the Machine singer Zach De La Rocha for a string of reunion shows in 2020.

Cypress Hill's B-Real confirmed their split via Instagram on Friday, November 2, telling followers: "I want to say thank you to the fans that supported Prophets of Rage for the time we've been rocking together".

"It's been an honor to rock stages and people of all ages with these guys. It's been a great time and great memories in a short time".

"Rockin along side of Chuck and Tom has been amazing to say the least," he added.

"It was fun while it lasted and I hope we left a big impression and that the music has been a source of inspiration for those that needed it. That was the purpose we got together. So I say to y'all stay informed, stay engaged and fight the good fight (sic)".

B-Real's post emerged a day after Rage Against the Machine announced its comeback.

The four-piece will return to the stage for the first time since 2011 in El Paso, Texas on 26 March, and perform in New Mexico and Arizona, before heading to Indio, California in April to headline the 2020 Coachella festival.

Kim Kardashian Admits to 'Falling Off' Her Diet, Gains 18 Pounds Within a Year 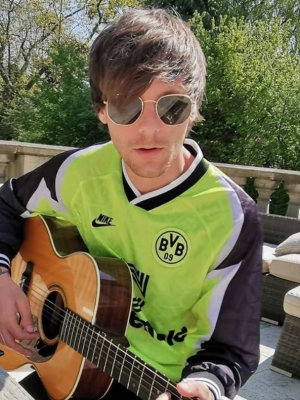