Back in 2016, Brian May and Roger Taylor have also clashed with the President over the unauthorized use of their 'We Are the Champions' song during the Republican National Convention.

AceShowbiz - The members of Queen have set out to block U.S. leader Donald Trump's aides from using their anthem "We Will Rock You" in a new re-election campaign video.

Representatives for Brian May and Roger Taylor have taken legal action against Trump's handlers after a video from one of his rallies, featuring the stirring 1977 track, hit Twitter.

The footage has since been removed.

The group previously clashed with Trump during his 2016 presidential campaign, when he used their "We Are The Champions" song without permission during the Republican National Convention.

Guitarist May later released a statement condemning the use of the song.

"I can confirm that permission to use the track was neither sought nor given," May said. "We are taking advice on what steps we can take to ensure this use does not continue. Regardless of our views on Mr. Trump's platform, it has always been against our policy to allow QUEEN music to be used as a political campaigning tool."

Queen aren't the first rockers to take action against Trump - "Twisted Sister" singer Dee Snider previously revealed he asked Trump to stop using the band's anthem "We're Not Gonna Take It" during his campaign while Nickelback took action after the controversial U.S. leader superimposed former Vice President Joel Bidden into the group's video for "Photograph" in a meme. The image was later taken down.

R.E.M. and Aerosmith have also attacked Trump campaign bosses for using their songs at rallies and other political events without permission.

Ryan Reynolds Dishes on His Unfortunate Visit to Marvel Studios 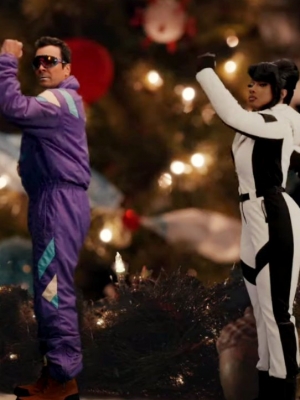