After one Twitter user told her that she is too old to dress a certain way, 'The Good Place' actress explains why she finds it 'extremely offensive that there is a cultural taboo around aging.'

The 33-year-old British star's revelation came after she shared a picture of herself wearing a floral dress with huge puff sleeves with an off-the-shoulder neckline, to which a troll responded, "You are too old to dress like that. Not a good look."

Firing back with a series of tweets, Jameela insisted she's tired of men who comment with the "biggest nonsense" on her posts, insisting they're the "majority of people who say dumb s**t to me." 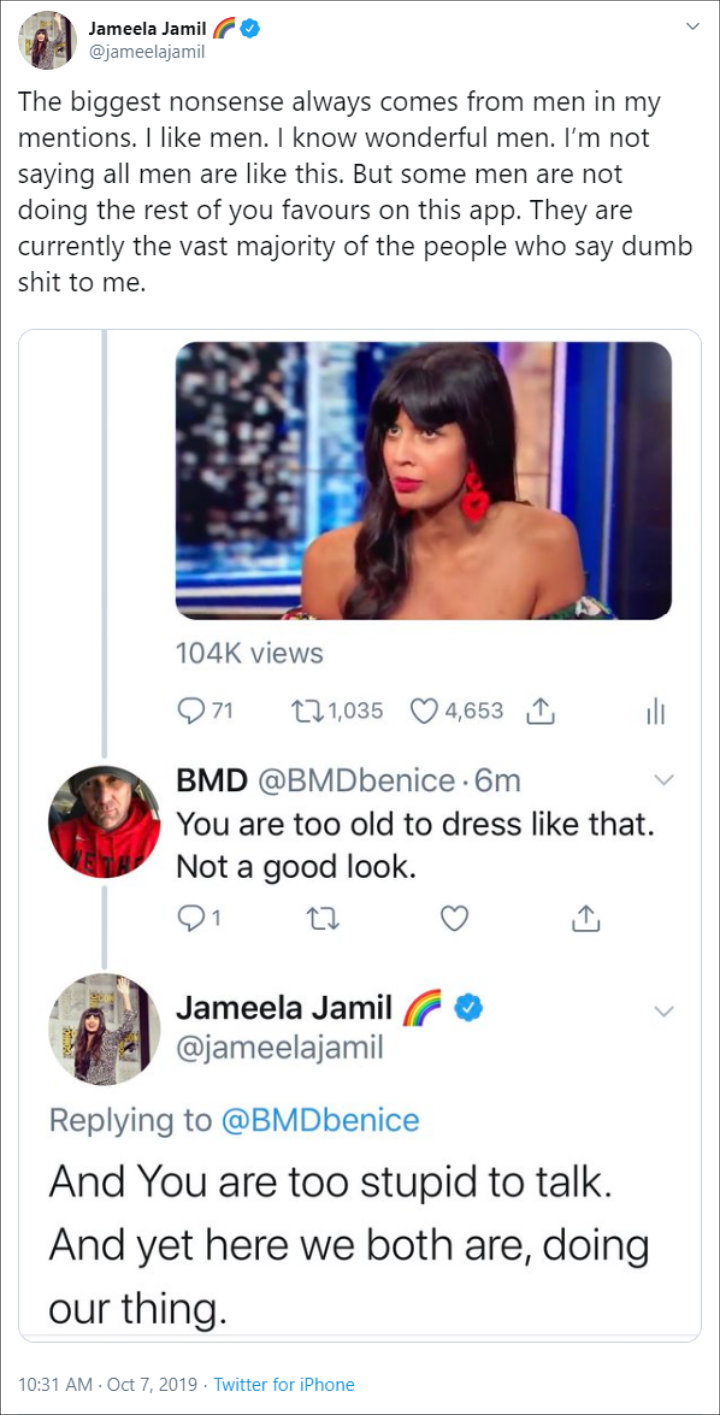 "The Good Place" actress then revealed that she had suffered from cancer on two occasions, explaining in a separate post, "I would just like to say, that as someone who has been chronically ill my whole life, and had cancer twice, I find it EXTREMELY offensive that there is a cultural taboo around aging."

"Those of us who fight for our lives and those who lost that fight young, deserve more respect."

The "How to Build a Girl" star also suffers from a coeliac disease and severe food allergies, and her spine was damaged when she was hit by a car when she was 17. 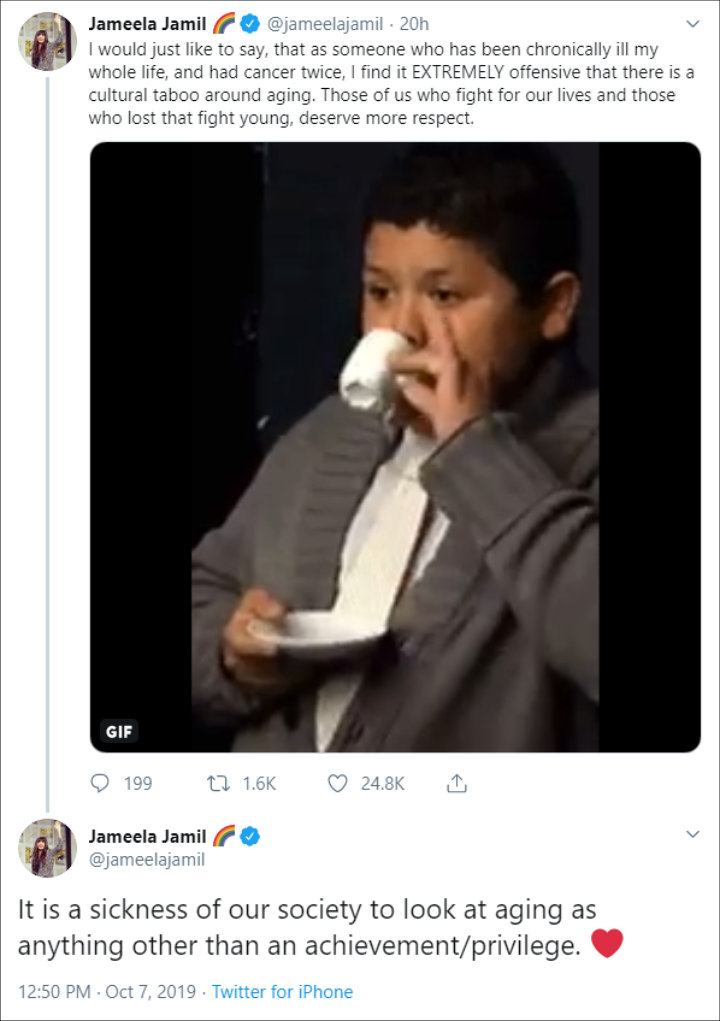 In a later post she once again hit out at ageist views, writing, "It is a sickness of our society to look at aging as anything other than an achievement/privilege."

Alanis Morissette Gets Candid About Struggle With Postpartum Depression

Jameela Jamil Shares Photo From When She Had 'Wild' Eating Disorders: I Feel 'Too Fat'

Jameela Jamil Recalls How She Almost Died Because of Ted Danson