Responding to the moment when Kris Jenner's boyfriend threatened to discipline her daughter, the 'Keeping Up with the Kardashians' star argues that beating is not the way to get children in check.

AceShowbiz - Kourtney Kardashian has defended her refusal to smack her children after arguing with her mother Kris Jenner's boyfriend Corey Gamble when he threatened to discipline her daughter Penelope.

On Sunday's (September 22) the "Keeping Up with the Kardashians" star locked horns with Gamble after he and her ex-partner Scott Disick got into a screaming match about how to discipline the former couple's seven-old-year-old daughter.

After Kourtney revealed she no longer had a nanny for "out of control" Penelope after the little girl apparently scratched and bit her previous nanny, Corey insisted he would smack her if she ever bit him.

"If your kid scratched me in the face, you don't think they deserve to be popped?" he asked Kourtney, reported Entertainment Tonight. "Not at all," Kourtney snapped. Corey insisted if Penelope bit him he'd give her "a spanking for sure," and that "whippin' is that discipline!", inflaming her father Scott Disick who responded angrily, swearing at Gamble.

Later Kris tried to ease the situation, insisting Corey would never hurt Penelope. And an angry Kourtney agreed, "Because he will never be with my kids alone and if he does that in front of any of us there will be a f**king issue!"

Kourtney later tweeted that re-watching the events gave her "anxiety," before responding to a fan that wrote, "Don't let anyone teach you how to be a mommy!" 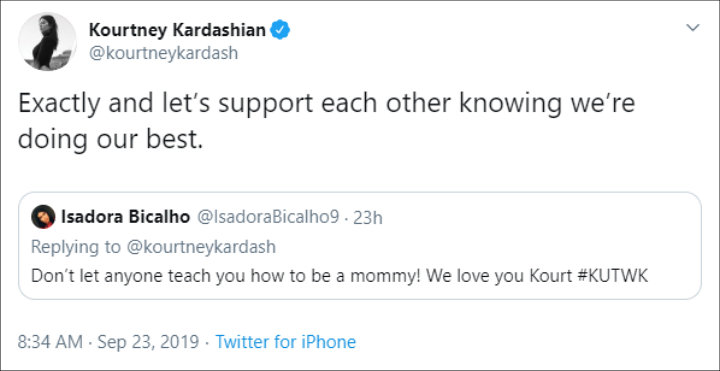 "Exactly," wrote the 40-year-old reality star, adding Corey's comments were "NOT OK with me and never will be." 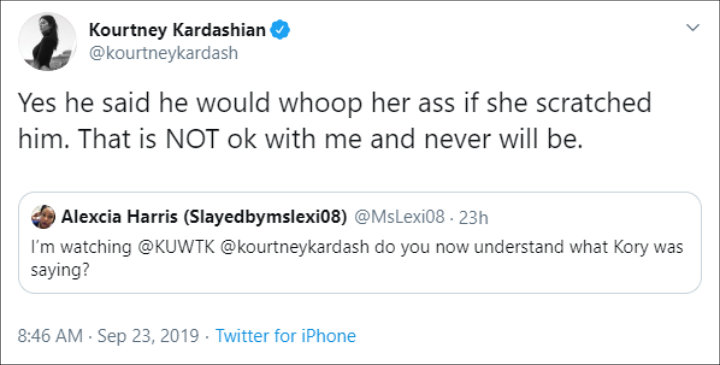 However, another social media user wrote, "Not trying to be the parent shamer or a judgy person but you need to get your kids in check now & take it serious now before they older because it only gets worse."

"And in my opinion beating children is not the way to 'get your kids in check'," Kourtney responded. "When children are hurting or frustrated, the answer is not to physically hurt them." 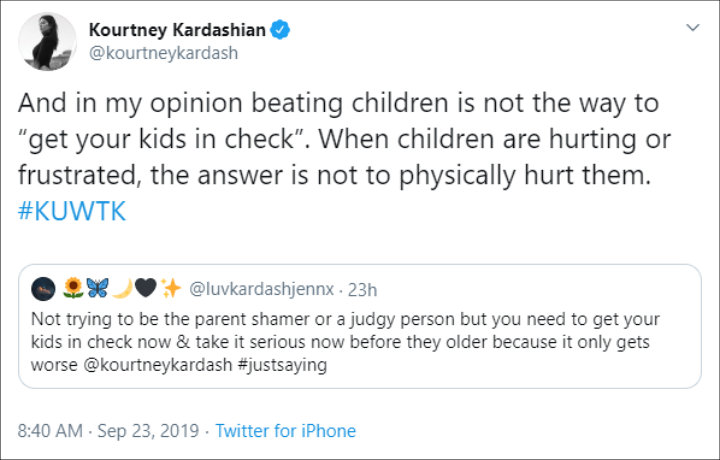 She also admitted to being "shocked" by some people's responses, and tweeted, "How do we not know better by now?!" 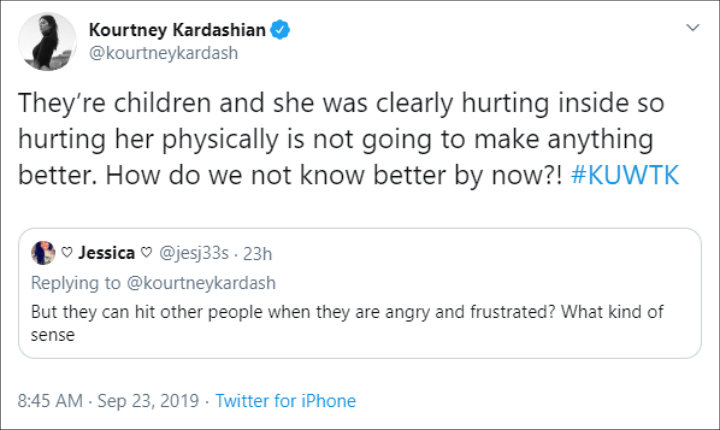 Later in the episode, Kourtney and Corey met up to try and hash things out but she conceded they "are never going to agree" on the subject of how to punish kids.

Rob Zombie Reacts to Sid Haig's Death: I Feared the Worst When He Returned to Hospital

Kourtney Kardashian Laughs After Son Reign Curses at Her