Teasing her upcoming feature in the magazine's Pleasure Issue, the 'Keeping Up With the Kardashians' star shows off her bare back as she poses with boyfriend Travis Scott in her garden.

AceShowbiz - Kylie Jenner has teased an upcoming Playboy spread by stripping off in her garden.

The reality TV star and cosmetics queen shared a shot of herself on Instagram, taken from behind, in which she's completely naked and snuggling with boyfriend Travis Scott (II), making it clear fans might be able to see more nude photos in the near future. 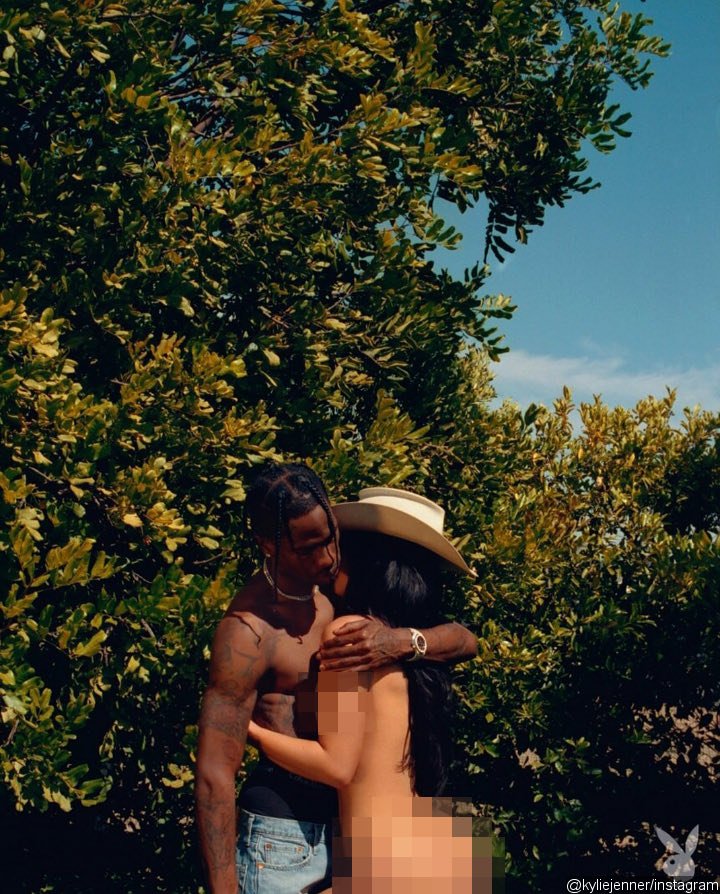 Kylie Jenner went naked while snuggling with Travis Scott in a racy post.

According to Playboy, she and Travis will feature in the magazine's upcoming Pleasure Issue, with photos taken by her longtime personal photographer Sasha Samsanova.

Kylie will become the second of the sisters to appear in Playboy - Kim Kardashian was the magazine's cover girl in 2007.