Breaking his silence on the pay inequality scandal that led to the screenwriter's departure, Jon M. Chu stresses in an open letter that he is still leaving the door open for her to rejoin.

AceShowbiz - "Crazy Rich Asians" director Jon M. Chu is "proud" of screenwriter Adele Lim's decision to walk away from the sequel after finding out her male co-writer was being paid a higher salary.

Now Chu, who will also helm the second movie, has broken his silence on the scandal, insisting that while he and the studio couldn't reach an agreement with Adele about her salary, he remains proud of her for having stood up for what she believes in.

"When I discovered she was unhappy with the initial offer, the producers, myself and studio executives leapt into action to ensure we got to a place of parity between the two writers at a significant number," he wrote in an open letter posted to his Twitter account. "It was both educational and powerful to hear all facets of the debate."

"Unfortunately by the time we came up with several different ways to satisfy everyone's needs, a lot of time had passed and she declined the offer. These things happen in negotiations, and I'm proud that she was able to stand up for her own measure of worth and walk away when she felt like she was being undervalued."

Chu urged fans not to go after Chiarelli, calling him "a good man, a creative force and has been a pro in the business for many many years", and concluded his post by saying he is still leaving the door open for Adele to rejoin the "Crazy Rich Asians" sequel. 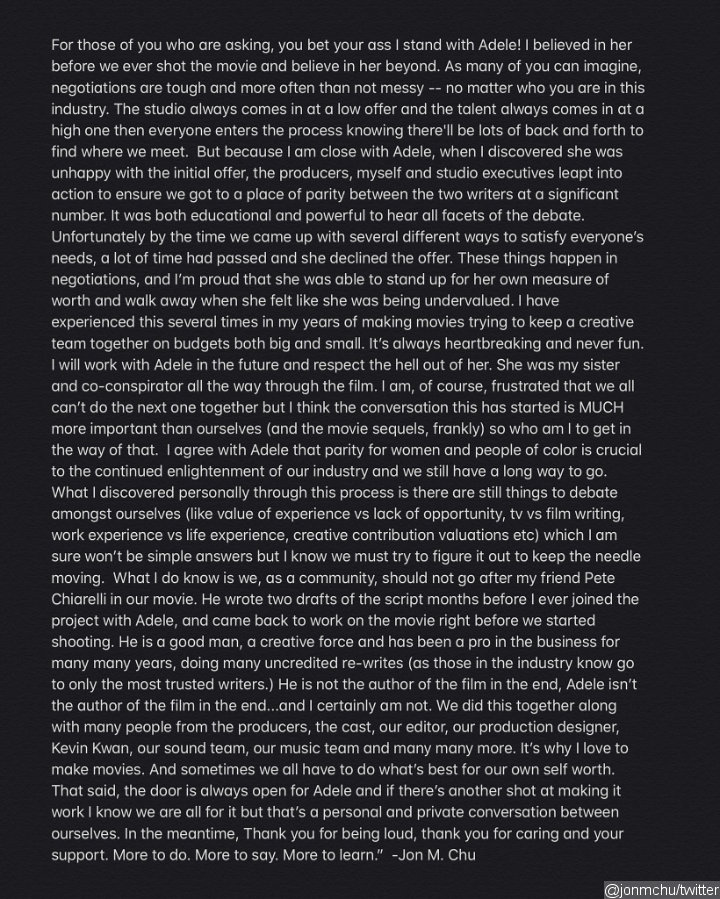 "The door is always open for Adele and if there's another shot at making it work I know we are all for it but that's a personal and private conversation between ourselves," he finished. 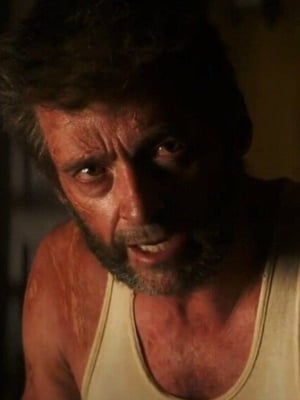