Lizzo Called Out for Trying to Trademark 'Truth Hurts' Lyric

Singer Mina Lioness accuses the 'Juice' rapper and her team of ignoring her whole presence by filing to trademark the phrase '100 percent that b***h' for use selling music and merchandise.

AceShowbiz - Lizzo has been slammed for trying to trademark the a lyric from "Truth Hurts" by a fellow singer who claims she tweeted the phrase first.

The song surged in popularity earlier this year, reaching number three in the U.S. Billboard Hot 100 chart, and the singer filed to trademark the phrase "100% that b***h" for use selling music and merchandise back in June. 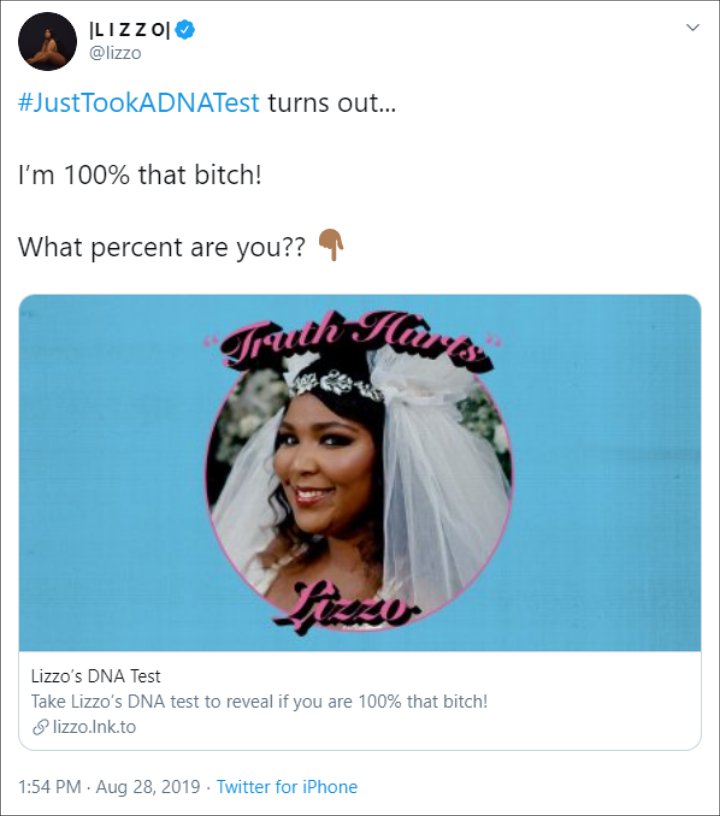 However, British singer Mina Lioness, who went viral with a tweet using the same phrase seven months the track's release, has slammed the singer/rapper for trying to profit from the quip.

"What I cannot get over is how brazen Lizzo and her team have been in ignoring my whole presence. They're doing it because they know I have no capital to address her. I'm just the poor Black girl from London that don't have a dog in the fight," Mina tweeted. 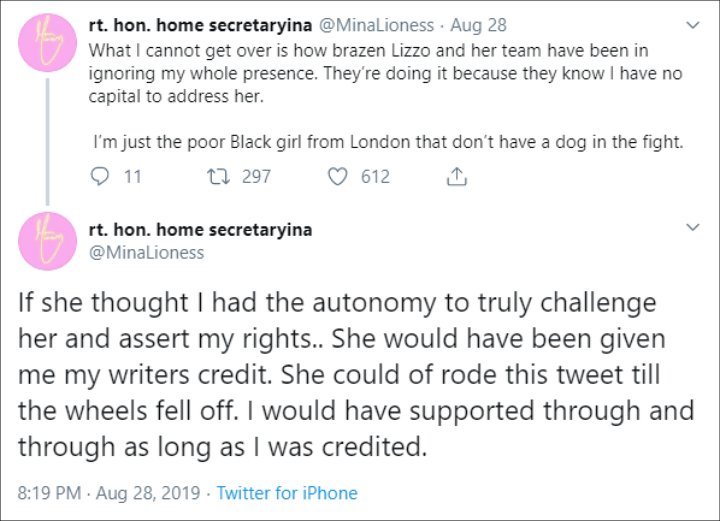 The singer claims she wrote the joke in response to Demi Lovato tweeting she'd taken her own DNA test proving she was "1% African", and went on to slam the star for not crediting her on the track.

It was her response to Demi Lovato's '1% African' tweet.

"If she thought I had the autonomy to truly challenge her and assert my rights.. She would have been given me my writers credit," she continued. "I would have supported through and through as long as I was credited."

Kelly Clarkson: Being in the First Season of 'American Idol' Was Not Fun