The 'Ruin My Life' singer sparks speculations that she has split from model Brian Whittaker after they unfollowed each other on Instagram and her failing to acknowledge his 20th birthday.

According to sources, the Swedish pop star, 21, parted ways with the 20-year-old British model because their relationship "had run its course".

The insider told Britain's The Sun newspaper: "The split has been very upsetting for both Zara and Brian but the relationship had run its course. It's been a tough few weeks."

Speculation first began that the relationship had taken a bad turn when fans noticed the pair unfollowed each other on Instagram. "The Ruin My Life" singer also failed to acknowledge Brian's 20th birthday last Wednesday, August 21.

The singer seemingly alluded to her newfound single status in a meme she shared online on Tuesday, which read: "When you get your heart broken but it's OK because the street's been waiting for you to be single again."

She also made a statement at Monday's MTV Video Music Awards, when she walked the red carpet in a strapless mini dress which featured a heart pierced by a large arrow.

Meanwhile, Brian shared a lengthy post over the weekend, which also touched on the breakdown of his "first relationship".

"S**t happens, relationships fail, you don't get certain jobs right away but through self love and love you'll be good," he added. 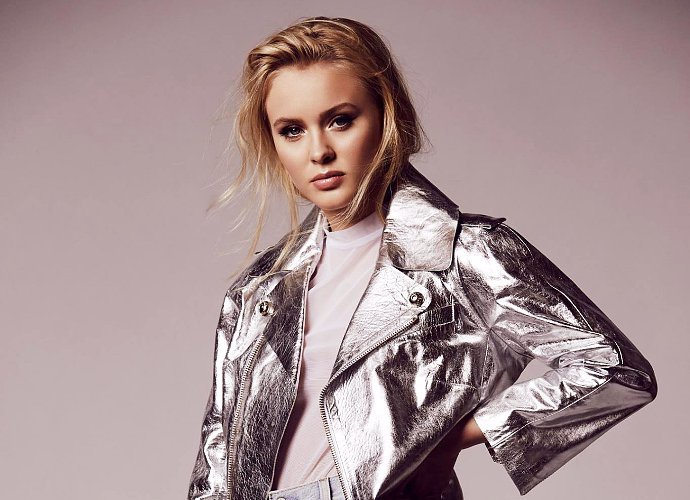 Artist of the Week: Zara Larsson