Kevin, Joe and Nick Jonas reportedly hadn't had a chance to play their 2008 single 'Burnin' Up' or their reunion song 'Sucker' at the Scotiabank Arena when they were advised to end the gig.

AceShowbiz - The Jonas Brothers blamed "technical difficulties" for having to end their show in Toronto on Friday night (August 23) early.

The trio were forced to cut their "Happiness Begins" gig at the Canadian city's Scotiabank Arena when they were told by one of their crew to stop playing.

"Toronto we're so sorry we didn't get to play our last two songs," the band posted on Twitter. "Unfortunately there was an unforeseen technical difficulty and our production team advised we end the show. Thank you all for coming out tonight! We love you all so much!"

According to PEOPLE, the Jonas Brothers didn't have chance to play their 2008 single "Burnin' Up" or their reunion track "Sucker". 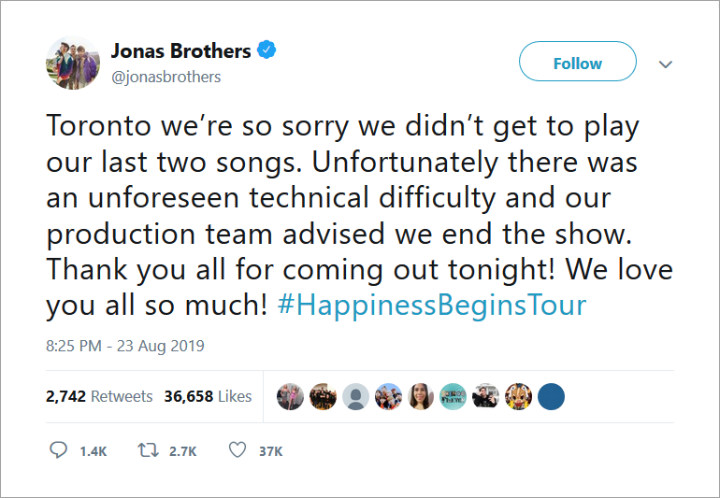 Nick Jonas, Joe Jonas, and Kevin Jonas each shared the announcement on their Instagram Stories, and wrote apologetic messages to their fans.

"Toronto we love you and you were incredible tonight," Nick wrote. 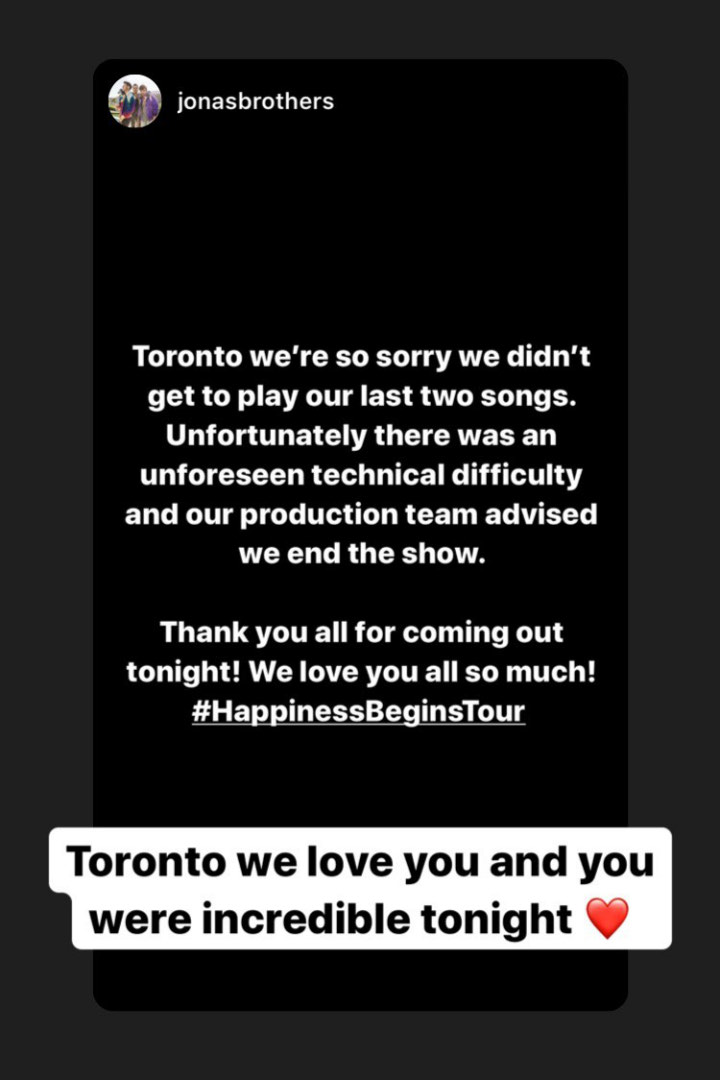 Videos were shared on Twitter showing thousands of fans waiting for the trio to return for an encore, only to be told to leave the arena by security.

Cardi B Makes Trina Trending on Twitter While Defending 'WAP'