People are defending the Hawaiian actor after mean Internet users mock his 'dad bod' as the 'Aquaman' star showed his shirtless body during a family vacation in Venice.

AceShowbiz - Jason Momoa is famous for his portrayal of the bulky and perfectly-shaped Aquaman, so some people were quite surprised when the reality is not like what they see in the movie. The 39-year-old actor was recently pictured going shirtless during a vacation in Venice, Italy with his family, including wife Lisa Bonet, their kids and her daughter Zoe Kravitz.

Wearing a pair of black The Hawaiian-born star lost his "Aquaman" abs, but he's still in a good shape. This, however, didn't stop some Internet trolls from body-shaming Jason over his "dad bod." One user wrote, "Omg, what happened to the abs?" Another commented, "Seems to me he doesn't have the same buff bod he had in Aquaman."

One person suggested that the actor should start exercising again, "Someone needs to start lifting again...." Another quipped, "Been working on his Dad Belly!" Someone else commented, "My goodness! That's all I can say! Sheesh!"

But Jason has an army of loyal fans who have come to his defense and shut down those mean trolls. "Still has a better body then 90% of people commenting," one responded to the negative comments. Another said, "If that's a 'dad bod' I'll take two and one for the road!"

"How is this a dad bod? Dad's wish they have this bod. Put some damn respect on Jason Momoa's name," someone posted on Twitter. Another agreed, adding, "So true he still looks good to me. I wish my hubby looks like that."

Jason appears to have some downtime in between the filming of Denis Villeneuve's "Dune". The sci-fi film, which is based on the 1965 Frank Herbert novel of the same name, has a star-studded cast which includes Timothee Chalamet, Rebecca Ferguson (II), Oscar Isaac, Josh Brolin, Stellan Skarsgard, Dave Bautista, Zendaya Coleman and Javier Bardem among others.

It centers on Paul Atreides, a brilliant and gifted young man born into a great destiny beyond his understanding, who must travel to the most dangerous planet in the universe to ensure the future of his family and his people. As malevolent forces explode into conflict over the planet's exclusive supply of the most precious resource in existence-a commodity capable of unlocking humanity's greatest potential-only those who can conquer their fear will survive.

The story is expected to be split into two movies, with the first covering approximately the first half of the novel and scheduled to be released in the U.S. on November 20, 2020. 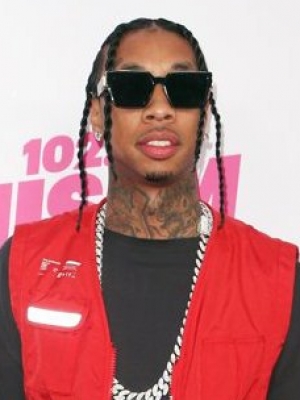