Stopping by Houston as part of her 'It's My Party Tour', the 'On the Floor' hitmaker follows the footsteps of Kacey Musgraves, Cardi B and Camila Cabello in paying tribute to the late Tejano star.

AceShowbiz - Jennifer Lopez became the latest singer to honour slain Selena Quintanilla-Perez during a gig in Texas at the weekend.

The "Jenny from the Block" star, who portrayed Tejano superstar Selena in a 1997 biopic, has just wrapped four shows on her "It's My Party Tour", and after her concert in Houston on Friday (June 21), the 49-year-old paid tribute to the late singer, who was murdered by a fan club official in 1995.

Lopez posted a clip of herself performing Selena's "Si Una Vez" and wrote: "When in Texas, got to do it like Selena!"

Prior to the show, she took to Twitter and shared clips of herself and Quintanilla performing.

"Whenever I get to Texas I remember the beautiful time I spent here doing the movie Selena!!" she wrote. 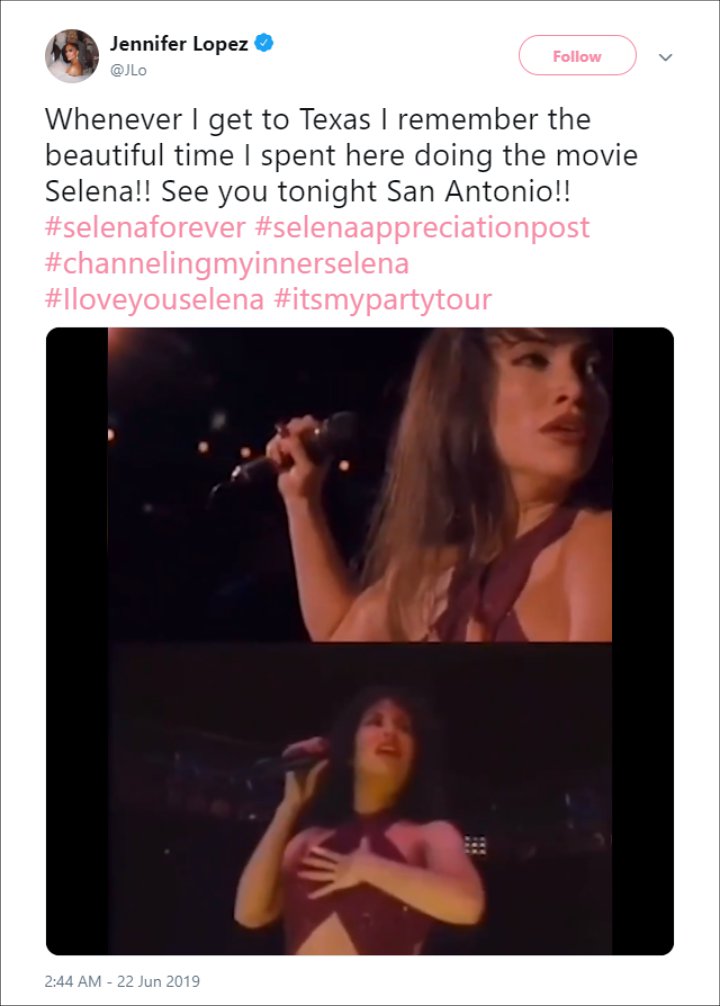 Jennifer Lopez shared clips of herself and Selena performing.

Jennifer Lopez Sells Beach House Only a Year After Buying It