The two sisters, Olivia Jade and Isabella Rose, are spotted enjoying a night out together for the first time in West Hollywood since the bribery case involving their parents.

AceShowbiz - Lori Loughlin's daughters, Olivia Jade and Isabella Rose, took a time out from the legal drama that's surrounding their parents to continue their lives like other normal young women. The two siblings were spotted having a night out together in West Hollywood, California over the Memorial Day weekend.

According to ET Online which obtained a photo of the Giannulli sisters, they were snapped arriving at Bootsy Bellows nightclub at around 1:30 A.M. on Monday, May 27. It marks the first time Bella and Olivia were spotted partying together since the college admissions scandal hit their parents.

Both sisters were dressed casually but ready to party. 19-year-old Olivia wore a black jacket and black leather pants while carrying a sling bag. 21-year-old Bella sported a shiny black leather jacket and camouflage pants with her hair pulled up in a simple bun. 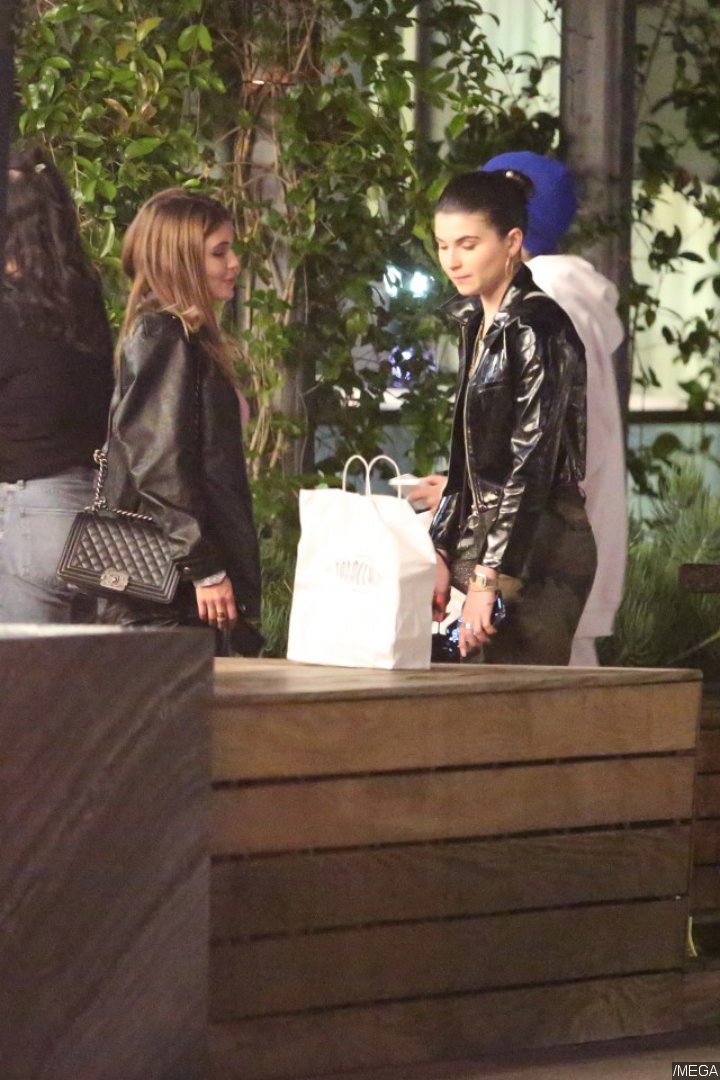 Olivia Jade and Isabella Rose were spotted at Bootsy Bellows nightclub on Monday, May 27.

They were reportedly joined by their friends. Later on in the night, Presley Gerber, the 19-year-old son of supermodel Cindy Crawford and Rande Gerber, joined the group.

Olivia has been several times pictured partying with her friends amid the college bribery scandal. She hit the same Los Angeles hotspot on May 15, looking carefree in a black top, denim jacket, checkered pants, a black beanie and black Dr. Martens boots. She was also caught on camera partying with fellow YouTube celebrities at the home of YouTube star David Dobrik in Studio City, CA in April.

Lori and her husband's Mossimo Giannulli have been accused of paying $500,000 fake charity to get their two daughters into the University of Southern California as part of the school's crew team - even though neither of them participated in the sport. They have officially pleaded not guilty to charges of conspiracy to commit mail and wire fraud and conspiracy to commit money laundering. They are facing up to 40 years in prison if found guilty.

Luke P. on Him Being Confronted by Hannah Brown on 'The Bachelorette': 'I Have Learned a Lot'