Before slamming into Crescent Moon Studios, the truck reportedly collides with a sports utility vehicle, causing two people to be transported to a hospital.

AceShowbiz - Gloria Estefan and Emilio Estefan's recording studio in Miami, Florida has been damaged by a truck.

The driver lost control of the vehicle after colliding with a sports utility vehicle early on Monday, May 27 and slammed into Crescent Moon Studios.

Two people were hospitalised following the accident, according to Miami Dade fire officials.

"This morning, #MDFR responded to the scene of an accident involving a dump truck that had struck a building at the intersection of SW 40 Street and SW 62 Avenue," an official tweet reads. "Two patients were transported by ground to a local-area hospital and two other patients did not require transport." 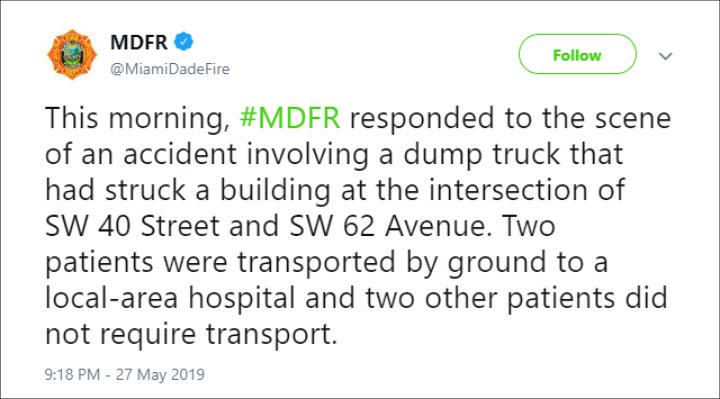 The Estefans have yet to comment on the crash, but it appears the damage to their recording studio is minimal.

Quavo Drops Suggestion He Is Ready to Marry Saweetie