While the '7 Rings' hitmaker simply shares a picture of a bee on her Instagram Story, her mother Joan makes use of Twitter to send her love to those who are still suffering from the 2017 attack.

AceShowbiz - Ariana Grande and her mum Joan have paid tribute to victims of the Manchester terror attack at her 2017 concert on the second anniversary of the bombing.

Ariana had just finished her gig two years ago on the 22 May when a suicide bomber detonated an explosive device at the Manchester Arena, killing 22 and injuring more than 100.

With memorial events taking place on Wednesday, May 22 marking two years since the tragedy, the 25-year-old posted a picture of a bee, the city's symbol, to her Instagram Stories, and her mother Joan Grande tweeted a longer tribute. 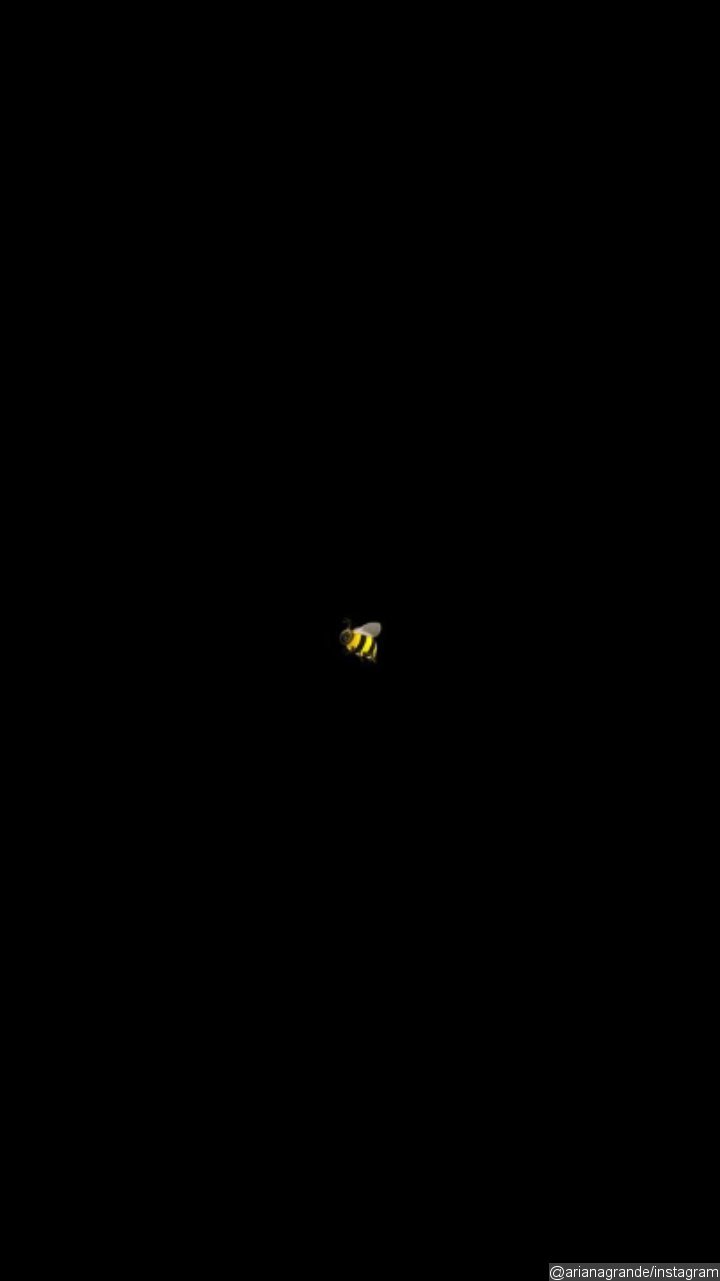 Ariana Grande posted a picture of a bee.
See also...

"All my love Manchester, today and everyday...you are with me always, in my heart and in my mind," Joan wrote. "To ALL of you who have suffered and still suffer from tremendous loss, trauma or devastating injury.. I love you, I send you a warm hug, today and forever. #OneLove". 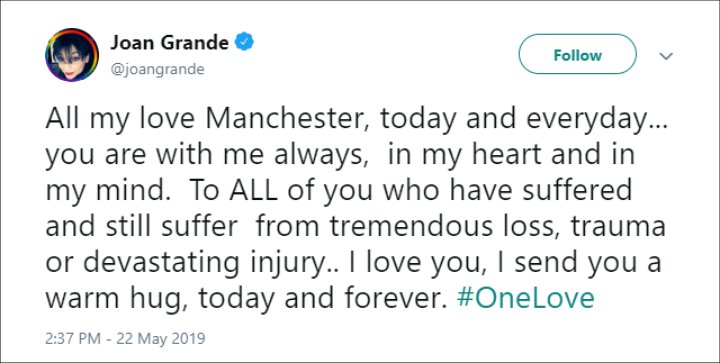 Joan Grande sent love to those who are still affected by the incident.

"One Love Manchester" was the name of the charity concert the "7 Rings" hitmaker hosted at the city's Emirates Old Trafford cricket ground just weeks after the traumatic event. Justin Bieber, Katy Perry, Chris Martin, Miley Cyrus, and local rock hero Liam Gallagher all performed at the gig, which alongside other charitable efforts raised more than $13 million (£10 million) for a victims' fund.

A private memorial service was held at St Ann's Church in Manchester on Wednesday for first responders and the families of victims, while residents observed a minute's silence at 2.30 pm. Church bells will ring out across the city at 10.31 pm, marking the moment when the attack took place.

Ariana will return to the city in August to perform at a Pride event.

Chrissy Teigen Bites Back When Apologizing for Spoiling 'The Voice' Winner