The Twitter feud between the Twisted Sister frontman and the airline begins after his daughter Cheyenne got denied from boarding her flight because of her goth appearance.

AceShowbiz - Rocker Dee Snider has accused staff at Avianca Airlines for discriminating against his daughter, because she's a goth.

The Twisted Sister frontman claims check-in desk personnel denied his 26-year-old daughter Cheyenne and her airline tickets because her passport was "wrinkled", but he insists it had more to do with her appearance.

Airline officials have fired back, insisting Cheyenne was not allowed to board her flight because her "identity document to travel was deteriorated", adding, "Even the passenger admitted she had put it into the washing machine." 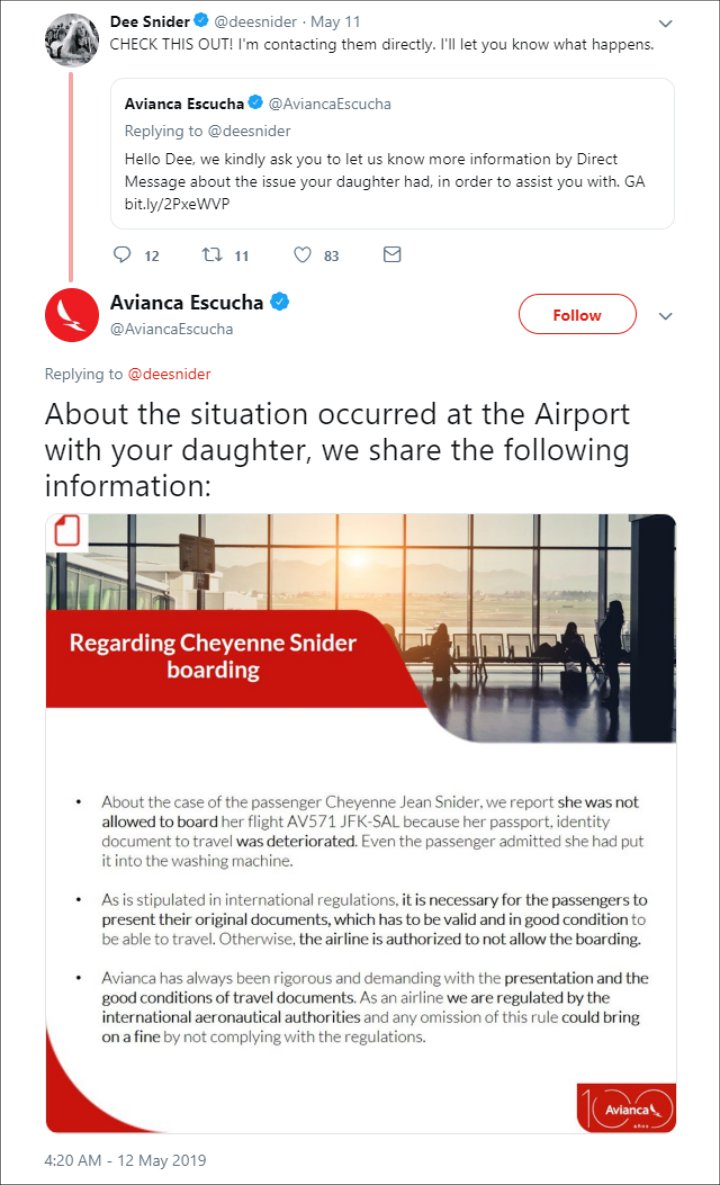 Dee Snider called out Avianca Airlines for denying his daughter from boarding.

"As is stipulated in international regulations, it is necessary for the passengers to present their original documents, which has to be valid and in good condition to be able to travel," a statement reads. "Otherwise, the airline is authorized to not allow the boarding.

"Avianca has always been rigorous and demanding with the presentation and the good conditions of travel documents. As an airline we are regulated by international aeronautical authorities and any omission of this rule could bring on a fine by not complying with the regulations."

Unhappy with the response, the "We're Not Gonna Take It" singer took to Twitter to alert Avianca bosses to the fact he had reported them to the micro-blogging site for including personal information about his daughter, writing: "HEY @Avianca @AviancaEscucha I JUST REPORTED YOU TO @Twitter FOR SHARING SENSITIVE INFORMATION...!" 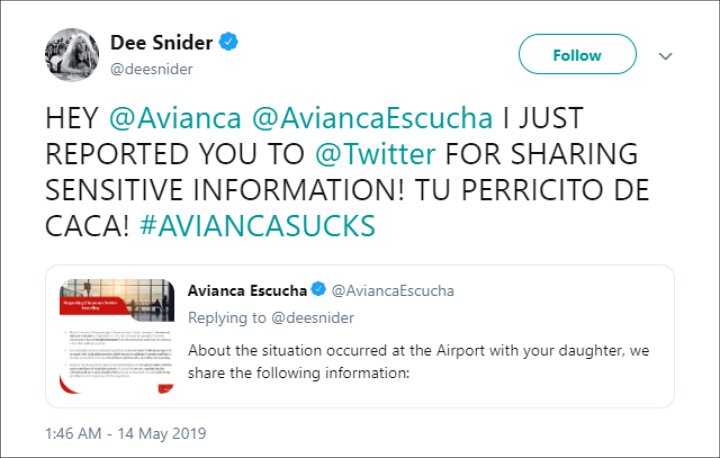 The rocker reported the airlines for sharing her daughter's personal info online.

It is not clear where Cheyenne was flying when the drama unfolded but her father lives part-time in Belize.