The titular blue hedgehog races against the sinister scientist to save the world against his agenda to gain control of Sonic's powers and use them for world domination.

AceShowbiz - Paramount Pictures has released the first trailer for "Sonic the Hedgehog" to cast all doubts about the depiction of the titular character. After backlash over his muscular legs, the newest version in the trailer doesn't seem to be as creepy as some people thought it would've looked like.

The trailer stars with a brief hint at how Sonic gets his iconic red shoes, before showing his first encounter with his human partner, Tom Wachowski, the newly appointed sheriff of Green Hills, who is portrayed by James Marsden. Tom begins tracking Sonic after accidentally catching him on a radar speed gun. As predicted, Tom is surprised to see the talking hedgehog, but he eventually accepts the fact that Sonic has the powers to save the world from Dr. Robotnik's (Jim Carrey) sinister agenda.

Dr. Robotnik is introduced in the trailer as a brilliant scientist who is being recruited by the government when there's a sudden total blackout caused by an energy surge in the Pacific North West. Unbeknownst to them, the villain has his own agenda to gain control of Sonic's super powers and use them for world domination.

There are scenes showing Sonic using his super powers to destroy one of Dr. Robotnik's attacking robots. But the villain is armed with more high-tech weapons, including a bunch of missile-shooting drones which he launches to attack Sonic. Sonic also seems to have the ability to create a portal ring, similar to Doctor Strange's power.

Toward the end of the trailer, Carrey fully transforms into Dr. Robotnik with his balding head, thick and dramatic mustache as well as his trademark goggles.

Following the release of the trailer, fans respond with mixed reactions. Some of them took issue with Sonic's teeth, which are like human's teeth instead of a hedgehog's. "i think this is just me but i think. that sonic would have looked LESS scary with improbably angry real hedgehog teeth," one commented on Twitter. Another added, "why is no one talking about the most cursed aspect of realistic sonic, which is his HUMAN TEETH."

The film also stars Tika Sumpter as Tom's wife, with Ben Schwartz as the voice of Sonic. Jeff Fowler serves as director with the script written by Patrick Casey, Josh Miller and Oren Uziel. The live-action movie is slated for a November 8 release in the United States.

'Sonic the Hedgehog' Gets Postponed to 2020 to Allow for Redesign 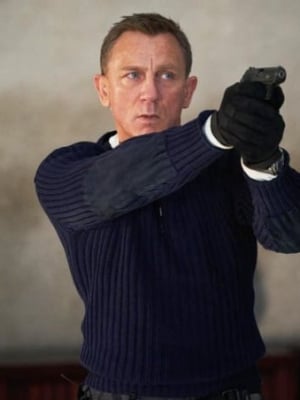