The 'Suicide Squad' star coyly addresses rumors of his appearance in the upcoming spin-off movie after new set photos reveal a character believed to be Joker.

AceShowbiz - Recently, new set photos taken during the production of "Birds of Prey (And the Fantabulous Emancipation of One Harley Quinn)" landed online, revealing a character believed to be Joker. The picture showed the filming of a scene where Margot Robbie's Harley Quinn appears to be kicked out by her lunatic boyfriend.

In the leaked pics, Harley and Joker seem to be having an argument, with Harley standing outside of a house and Joker tossing out her stuff from the second-floor window. The Joker's face cannot be clearly seen in the images, leaving people wonder if Jared Leto will reprise his "Suicide Squad" role in the upcoming spin-off.

As if it's not interesting enough, Leto has sent fans into frenzy by teasing his possible appearance in "Birds of Prey". Responding to the online chatters, he coyly addressed the rumors on Snapchat without denying or confirming them by sharing a clown emoji.

Some people believe that it's unlikely for Leto to return in "Birds of Prey", because he's now filming his own new movie, "Morbius". Some others suggest that the 30 Seconds to Mars frontman could lend his voice as Joker in the "Suicide Squad" spin-off, while others think that a new actor could be playing the role in "Birds of Prey".

Cathy Yan is directing the pic, with the script provided by Christina Hodson. The dark-edged crime film eyes a February 7, 2020 release date in the United States. 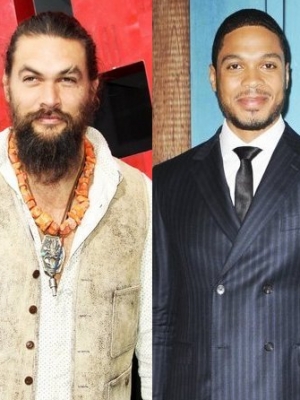