The 'Jealous' singer is captured by paparazzi dancing in front of a yellow Ferrari as the ladies behind him show off their moves.

AceShowbiz - Fans might have already realized that the Jonas Brothers are currently in Miami to shoot the music video for the new song. On Tuesday, March 26, Nick Jonas was spotted filming his part in the city along with several scantily clad female dancers.

The "Jumanji: Welcome to the Jungle" actor was seen walking down the street in the city in an oversized teal colored cross-over suit that he paired with a dark sunglasses and a pocket square that was hanging out of his jacket. Nick appeared to be in high spirits that day as he danced in front of a yellow Ferrari as the ladies behind him showed off their moves.

Meanwhile, his brother Joe Jonas was filming his scene on Monday, March 25. The DNCE frontman opted for a similar look as his little brother, rocking a bright yellow T-shirt underneath a sky blue suit. Completing his style that day were white shoes and shades. The scantily clad dancers were also on the set.

The dancers appeared to be accompanying all three members of the band because they were also spotted with Kevin Jonas when it was time for him to shoot his individual scene. Unlike his brothers, Kevin was also accompanied by a couple of parrots which sit on his wrist. For his part, the eldest Jonas brother rocked a captain costume with a white suit and a red T-shirt underneath.

Jonas Brothers started teasing new song and music video over the weekend, with Nick taking to Instagram Stories to share a video of him and Joe on the set of the visuals. In the clip, the former jokingly called out the former leading man of "Camp Rock" for rocking the same outfit as him, saying, "B***h stole my look." Nick also shared a picture of him sporting bright yellow pants, a black-and-white checkered shirt and black slip-on sneakers. 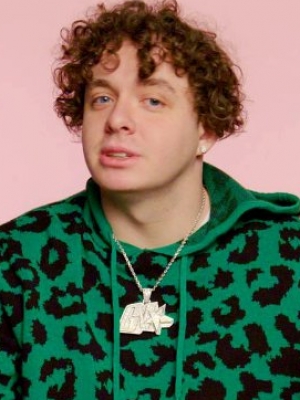