The 'Sorry Not Sorry' singer sends herself a bouquet of beautiful white, pink and beige roses and an encouraging message to practice self-love.

AceShowbiz - Demi Lovato has shown herself some self-love after her rumored split from boyfriend Henry Levy. The former Disney darling sent herself a flower bouquet and an encouraging message to remind herself of how worthy she is.

The "Camp Rock" star posted on Instagram Stories a picture of the gorgeous bouquet of white, pink and beige roses as she read the card that came with it. "You're beautiful. You're loved. And you're worthy of a happy and healthy life," read the note on the card.

She also captioned the image, "Cause sometimes you gotta send yourself flowers... #selflove." 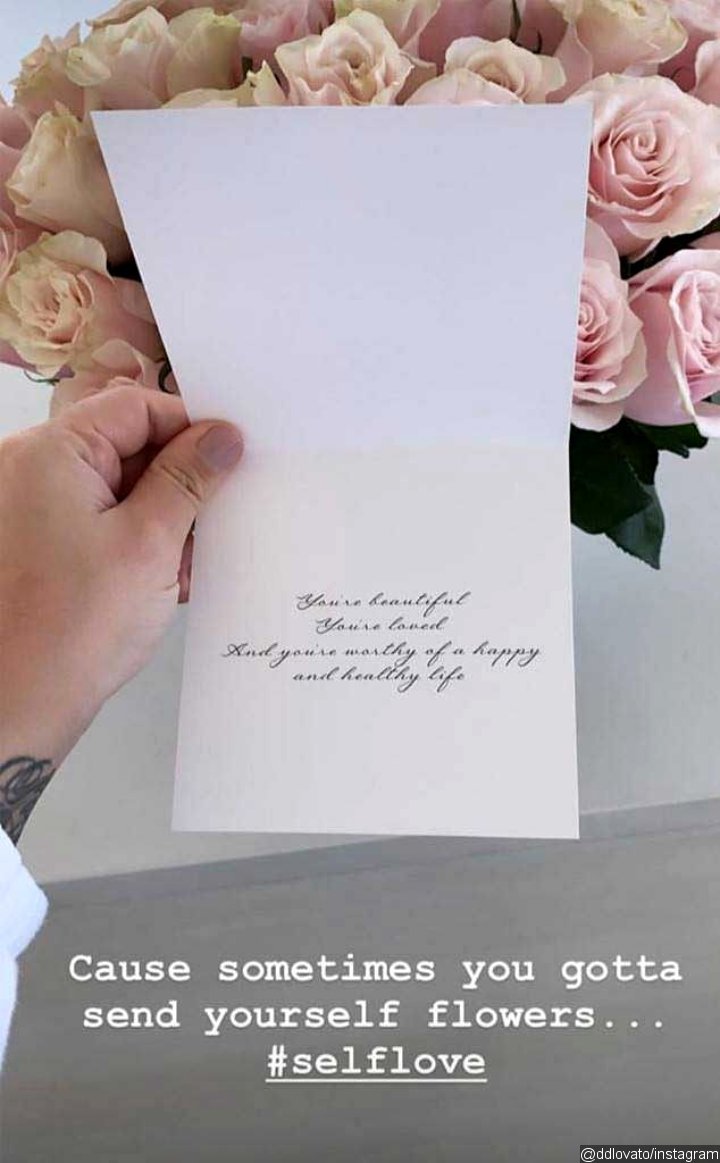 Demi Lovato reminds herself that she's 'loved' after split from Henry Levy.

Demi recently broke up with Henry Levy, four months after they were first spotted together. Many were reportedly worried about the 26-year-old singer/actress, who just completed rehab after a near-fatal drug overdose at the time, because Henry himself is a troubled guy with a history of drug addiction.

"Demi needed to focus on her recovery and Henri - who she still calls a friend and a huge part of her support group - was a huge distraction for her," a source tells In Touch Weekly of Demi and Henry's split. "She knows what she has to do and while Henri was a great diversion from her problems, dating isn't in the cards right now."

Calling it the "right" decision, the source goes on dishing, "She broke it off with her boyfriend Henri. She knew better than anyone that her main priority is her sobriety and dating in the first year of sobriety is a big no-no in AA."

Noting that it's not impossible that Demi gets back together with the fashion designer in the future, the so-called insider adds, "Who knows what the future holds for her and Henri. But right now Demi is single and concentrating on getting healthier - mentally, spiritually and physically."