While details surrounding the arrival of the 'Mary Poppins Returns' actress' grandson have yet to be shared, the newborn is her daughter's first child with fiance Sethi Meha.

AceShowbiz - Meryl Streep has become a grandmother for the first time after her actress daughter Mamie Gummer welcomed a baby boy.

The child, whose name and birth date have yet to be revealed, is Mamie's first with her fiance, Sethi Mehar, whom she became engaged to in August (18).

When the new parents tie the knot, it will mark Mamie's second marriage. She was previously wed to "In the Heart of the Sea" actor Benjamin Walker from 2011 to 2013.

Walker went on to remarry, making British actress Kaya Scodelario his wife, and they had a baby in late 2016.

Mamie, who co-starred with her superstar mum in 2015 movie "Ricki and the Flash", is Meryl's second kid with husband Don Gummer. 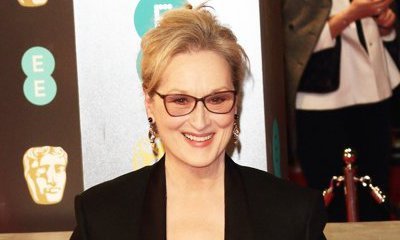