Ja Rule on Milwaukee Halftime Performance: I Rocked That B**ch

Mocked for his performance at Milwaukee Bucks' 90s Night halftime show, the 'Always On Time' hitmaker blames technical difficulties as he fires back at haters on social media.

AceShowbiz - Rapper Ja Rule has fired back at haters online after struggling through a halftime show performance at the Milwaukee Bucks basketball game on Saturday night, February 23.

The "Always On Time" hitmaker had been booked to hit the stage for a '90s-themed set, but the show in Milwaukee, Wisconsin got off to a rocky start after the star himself questioned his inclusion - considering his career only peaked in the early 2000s.

He then called on the DJ to start the music, only to encounter a series of technical difficulties, which continued to plague his performance. His appearance was interrupted again towards the end of his set as a number of Bucks players, including team ace Giannis Antetokounmpo, returned to the court to start their warm-up practice while Ja Rule was mid-song.

Viewers were quick to mock the rapper online for the failed performance, but he wasted no time in firing back after the game, which the Bucks won against the Minnesota Timberwolves, 140 to 128.

"Y'all really be on my d**k...," Ja Rule responded on Twitter. "let's be CLEAR my sound was f**ked up at first and didn't come on when it was supposed to but I rocked that b**ch... thanks for the love Milwaukee!!! Great win my streak continues (sic)... lol (laugh out loud)".

Y’all really be on my dick... 😭 let’s be CLEAR my sound was fucked up at first and didn’t come on when it was supposed to but I rocked that bitch... thanks for the love Milwaukee!!! Great win my streak continues... lol

Ja Rule has become accustomed to backlash over the past couple of years, after teaming up with disgraced entrepreneur Billy McFarland to launch the doomed Fyre Festival in the Bahamas in 2017.

The festival disaster received extra attention earlier this year when two documentaries, titled "Fyre Fraud" and "FYRE: The Greatest Party That Never Happened", debuted on streaming services Hulu and Netflix, respectively, detailing the events that led to the drama.

Khloe Kardashian Threatens to Sue Over Insensitive 'The Bachelorette' Rumors 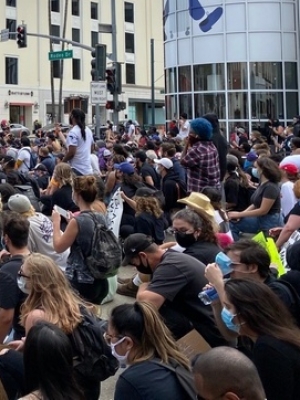