The 'Favourite' actress and the 'Saturday Night Live' director make their romance official with their public appearance at the Sunday ceremony, more than a year after their dating reports surfaced.

AceShowbiz - Emma Stone has finally gone public with her relationship with Dave McCary, more than a year after they were first rumored dating. The couple made their appearance together as a couple at the 2019 SAG Awards on Sunday, January 27.

The 30-year-old actress and the 33-year-old filmmaker were seated together inside the Shrine Auditorium in Los Angeles, California. They were seen reacting in sync to some of the biggest winners at the event. 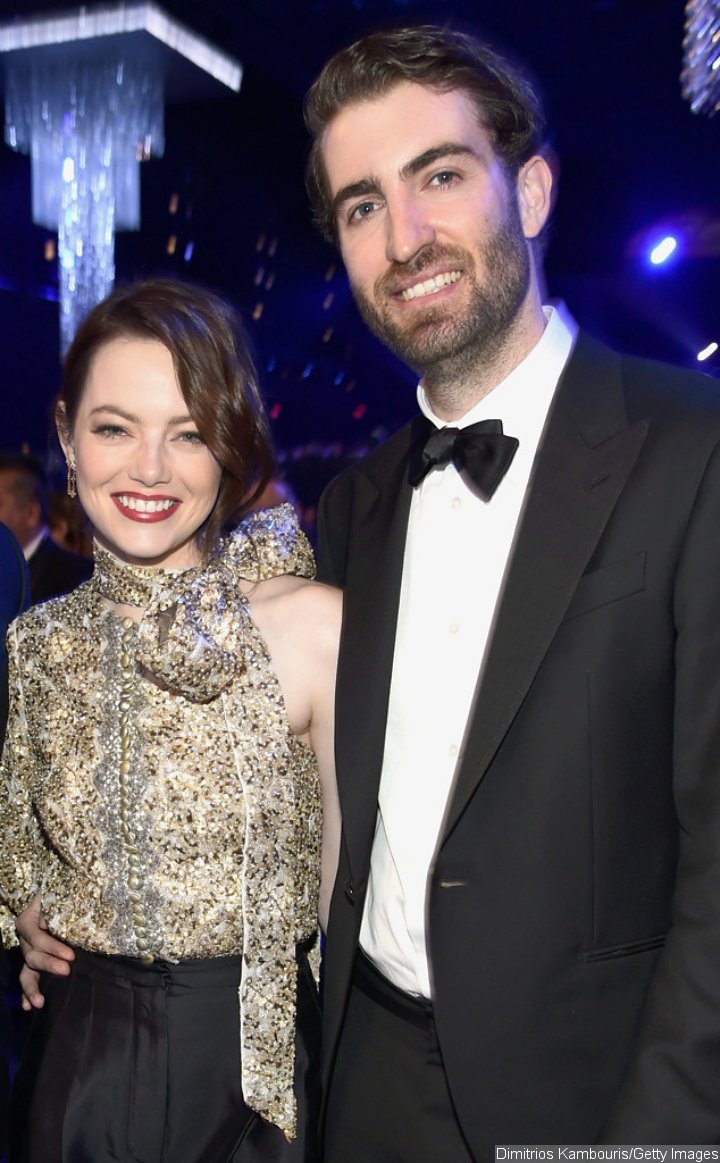 Emma Stone and Dave McCary posed together inside the Shrine Auditorium during the 2019 SAG Awards.

The "La La Land" star, however, didn't win any award that night. She is still up for Best Supporting Actress award at the upcoming Academy Awards for her role in the British drama film. She previously won an Oscar for Best Actress for her performance in 2016's romantic musical film "La La Land".

Stone first sparked dating rumors with McCary in mid-2017, after she was spotted attending the premiere of his feature film directorial debut, "Brigsby Bear". They first met in December 2016, when Stone hosted "Saturday Night Live" and starred in a sketch which McCary directed.

"Some of the ['SNL'] staff knew about them being together, but they keep things very quiet," a source told Entertainment Tonight when the news of their relationship broke. "It's been clear that they were trying to keep this low key," the source added.

But the pair are slowly getting comfortable to be out together in public. They were spotted having a date night last Friday, January 25 as they sat courtside to watch a basketball game between the LA Clippers and the Golden State Warriors at the Staples Center in Los Angeles.

Artist of the Week: A Boogie Wit Da Hoodie

Emma Stone Steps Out With Fiance for First Time After Engagement

Emma Stone Injures Her Shoulder After 'Slipping on a Floor,' Not at Spice Girls Concert