Kaley Cuoco on Alleged Carol Burnett Snub: I Will Always Stand for Her

Accused of disrespecting the veteran entertainer at 2019 Golden Globes, the star of 'The Big Bang Theory' hits back at Internet trolls through a lengthy post explaining her side of the story.

AceShowbiz - Kaley Cuoco is hitting out at online trolls who accused her of not standing during Carol Burnett's speech at the Golden Globes, insisting she would never disrespect the comedienne.

The veteran entertainer was presented with her namesake lifetime achievement award at the prizegiving on Sunday, Janary 06 and after her speech she received a standing ovation at the Beverly Hilton Hotel, but some viewers noticed Kaley seated and slammed "The Big Bang Theory" star on Twitter.

Kaley is now defending herself, insisting she was on her feet and found the speech to be exceptionally emotional.

"There's one thing I want to address, which again I don't normally do," Cuoco said on Instagram Stories. "I was reading some comments about the evening, and I saw a bunch of people posting that I didn't stand up during Carol Burnett's speech. Are you crazy?".

"Not only was I standing, I was bawling," she added. "Carol Burnett is one of my favorite people. (I was) completely touched by her speech, a speech that I will never forget and that I will be able to tell my own children that I was in the room that day. And the words she spoke touched me to the core."

Kaley also praised Carol for inspiring her career and insisted the online trolls were watching a different show.

"So I don't know what show you were watching to go and tell me that I didn't stand for Carol Burnett and how disappointed you were in me," she continued. "Well, you saw the wrong clip because I was standing, and I will always stand for her."

"She's one of my favorite people and has truly, like I said, paved the way for my career and a bunch of silly women like me who get to mess around and make jokes on camera and make fun of themselves because of what Carol Burnett did. Don't come at me. I know what I was doing, and I was standing." 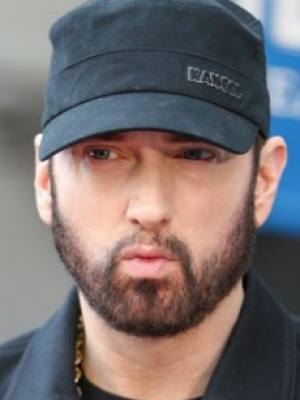