The 'Live with Kelly and Ryan' host is set to play a confident and tough character named Mrs. Mulwray.

AceShowbiz - It's going to be a family affair soon on "Riverdale". The CW's series has tapped Kelly Ripa to guest-star in the upcoming episode, joining her real-life husband Mark Consuelos.

The "Live with Kelly and Ryan" host took to her Instagram account to share the news. Alongside a photo of herself at the show's filming set, the 48-year-old wrote, "It's a family affair.........Hiram's mistress," referencing to Mark's character Hiram Lodge. "23 years of auditioning for a role i was born to play. Coming soon to the @thecwriverdale."

It’s a family affair........Hiram’s mistress. 23 years of auditioning for a role i was born to play. Coming soon to the @thecwriverdale

A network rep explains that Kelly will play a confident and tough character named Mrs. Mulwray. "She's a beautiful, icy, femme fatale who gets caught up in a conspiracy that's much bigger than she initially realized," the statement continues.

Mark previously talked how it would be great to have Kelly guesting on "Riverdale". "Wouldn't it be great? She could play a nice little saucy character," Mark said during the 2018 San Diego Comic-Con. "Hiram's mistress or something like that?"

This is not the first time a family member of Mark heading to "Riverdale". Their 18-year-old son Michael will appear in Wednesday, November 7 episode of the series for a flashback episode in which he will play a younger version of Hiram.

"Riverdale" airs Wednesdays at 8 P.M. ET/PT on The CW.

Skeet Ulrich Blames Creative Boredom for His Departure From 'Riverdale'

'Riverdale' Suspends Production After Crew Member Got Exposed to Coronavirus 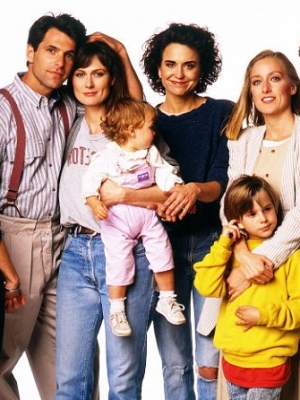