The 'White House Down' star is spotted attending the British singer's L.A. show with his daughter, a day after reuniting with his estranged wife Jenna Dewan for Halloween.

AceShowbiz - Channing Tatum and Jessie J's new romance isn't just about the two of them. The 38-year-old actor has apparently involved his daughter Everly in his relationship with the British singer as he was spotted taking his daughter with Jenna Dewan to his new girlfriend's concert.

The "Hail Caesar" star arrived at the Wiltern Theater, where Jessie was performing on Thursday night, November 1, with his five-year-old daughter in his arms. He kept a low-profile, wearing a black jacket, black sweatpants, a matching baseball cap and white sneakers. 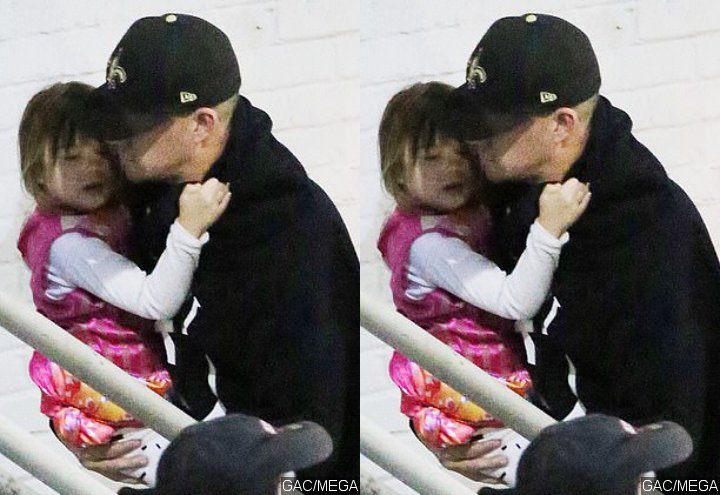 Channing Tatum arrived at Jessie J's concert with his daughter Everly in his arms.
Editors' Pick

Everly, meanwhile, sported a colorful dress with a white shirt and leggings. She clung to her father's neck as they entered the venue before Jessie's performance kicked off. At one point, the little girl was seen putting her head closer to her father's ear, seemingly whispering something to him. The proud father was seen grinning as he headed into the theater.

Just a day prior, Channing reunited with his ex Jenna Dewan to take their daughter trick-or-treating. The "Magic Mike" hunk dressed up as the Genie from Disney's animated classic "Aladdin", while Jenna channeled Cleopatra, and their kid chose to be "Teen Titans" superhero Starfire.

Channing and Jenna announced their separation in April after eight years of marriage. The "World of Dance" host filed for divorce on October 26, with Channing filing his own documents shortly afterwards. Both of them are asking joint legal and physical custody of their daughter. Jenna is also seeking spousal support from her ex, but Channing is asking for her right to spousal support be terminated.

Both of them have since moved on with new partners. While the "Logan Lucky" actor is dating Jessie, the "Supergirl" actress has been spotted with her rumored new boyfriend Steve Kazee on several occasions together.

Does Anwar Hadid Want Kendall Jenner to 'Tattoo' His Neck With Her Kiss? See Post