The 'Dark Horse' singer shared a video of her boyfriend shaking his butt for her before they made their red carpet debut as a couple.

AceShowbiz - Katy Perry and Orlando Bloom are slowly taking their relationship to the next level. The couple did their first red carpet together since rekindling romance at the Gala for the Global Ocean at Opera of Monte-Carlo on Wednesday, September 26 in Monte-Carlo, Monaco.

The pair showed minimum PDA, but occasionally gazed lovingly at each other. At one point, the 41-year-old British actor was seen whispering something into the 33-year-old singer's ear.

As for her fashion choice, Katy kept it modest for the event hosted by H.S.H. Prince Albert II of Monaco, wearing a curve-hugging tan gown with disco ball-like metallic sleeves. She accessorized with diamond earrings and a giant ring on her pointer finger. Orlando, meanwhile, opted for a classic black suit and white shirt without a tie. 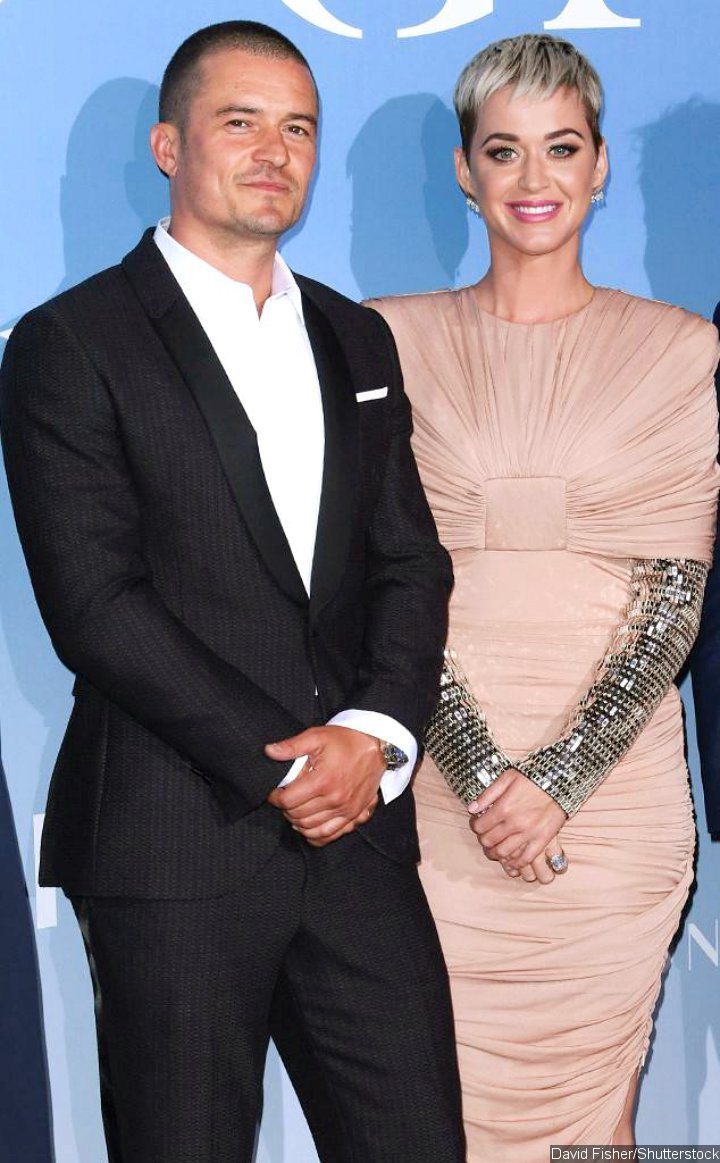 Katy Perry and Orlando Bloom hit the red carpet of Gala for the Global Ocean at Opera of Monte-Carlo together.

Earlier that night, Katy got flirty with her boyfriend in her Instagram Story. The "Firework" hitmaker shared a video of the "Pirates of the Caribbean" hunk dressing up in a tuxedo, before he showed some dance moves at Katy's request.

"Will you show me your trunk baby... turn around," she asked him. Orlando was then seen shaking his butt and was heard laughing. She wrote on the clip, "Lemme touch ur butt."

Katy and Orlando hinted at their rekindled romance in February this year when they shared a very flirty exchange on Instagram. Later in the same month, the pair were spotted touring around Prague together. She reportedly visited the former husband of Miranda Kerr while he was filming his new drama series "Carnival Row" in the Czech Republic city.

A source tells PEOPLE of the couple's relationship after their breakup last year, "Orlando is doing well. He is still very happy with Katy. This has been an amazing year for their relationship. It was like they needed to split and get back together again to get to this point. Orlando is very excited about his life with Katy."

Gisele Bundchen on Secret Boob Job: All I Wanted Was for Them to Be Even