The Arya Stark depicter hints that she may have got her character's famous line 'No One' inked on her body.

AceShowbiz - Maisie Williams may have wrapped the filming of "Game of Thrones" final season, but she is seemingly not ready to part ways with her character yet. The British actress hinted that she might have just had an Arya Stark tattoo inked to her body.

The 21-year-old star recently took to Instagram Stories to share a picture of a needle and red ink. She cryptically wrote on it, "Guess who is getting 'No One' tattoo?" She also tagged Bang Bang tattoo artist Mr. K who possibly got the honor to draw the tattoo. 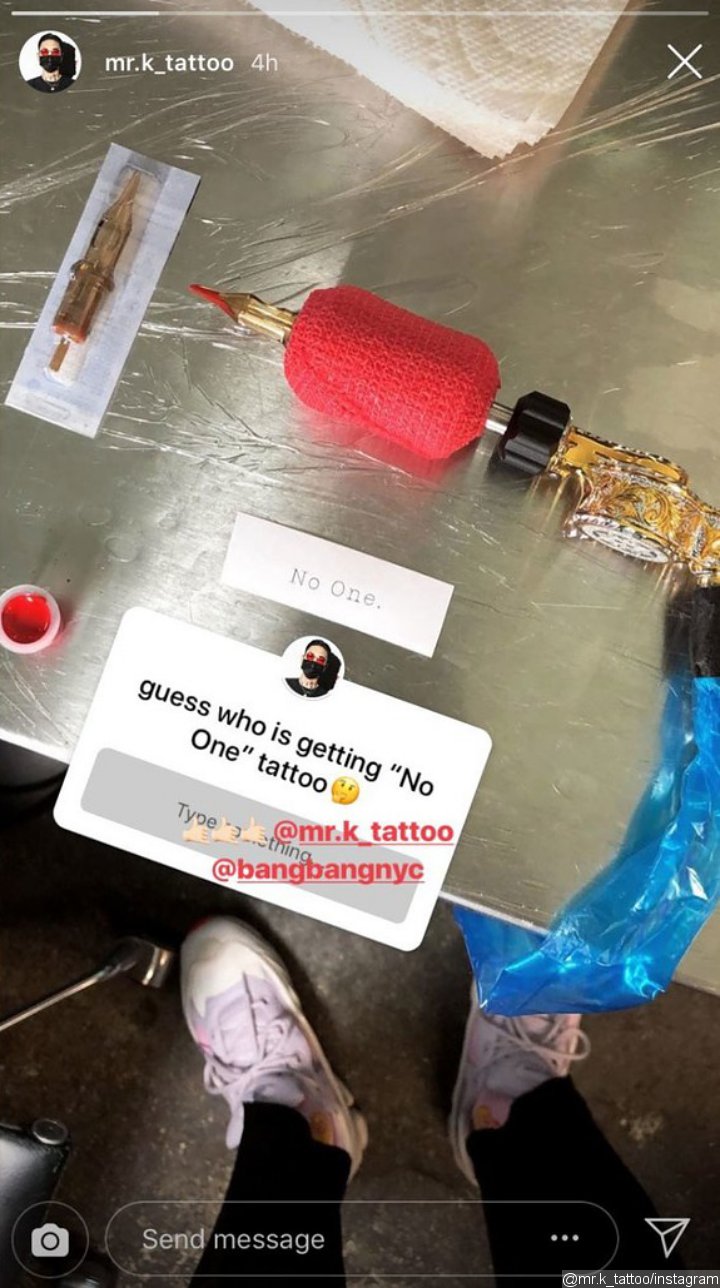 Maisie Williams shares a picture from a tattoo parlor.

Fans of the HBO series must understand the reference. When Arya was trained to be a Faceless Man at the House of Black and White, she was told not to assume any identity, hereby referring to herself as "No One."

This is not the first "Game of Thrones"-inspired tattoo that Arya has had inked on her body. Back in 2016, she and co-star Sophie Turner got matching tattoos to commemorate the day they were both hired to take the roles on the hit medieval drama series. The two actresses, who play sisters on the show, have become best friends in real life.

Maisie recently said goodbye to "Game of Thrones" after filming her last scene for the show. She shared on Instagram a photo of her white shoes which were covered with fake blood. "Goodbye belfast. goodbye arya. goodbye game of thrones," she wrote in the caption. "what a joy i've had. here's to the adventures to come #lastwomanstanding #barely #immasleepforthenextfouryears #justkiddingidontsleep."

The 6-part eighth and final season of "Game of Thrones" is expected to arrive in summer 2019, but HBO has not announced an exact premiere date yet.

Meanwhile, a planned spin-off will reportedly start its production this October in Belfast. The prequel series, which was ordered to a pilot by HBO in June, will be set thousands of years before the events of "Game of Thrones" as it will chronicle the world's descent from the golden Age of Heroes into its darkest hour. And only one thing is for sure: From the horrifying secrets of Westeros' history to the true origin of the white walkers, the mysteries of the East, to the Starks of legend... it's not the story we think we know.

It is expected to offer fans an insight into the beginning of the Long Night, a winter that lasted generation. Fans also assume that it will feature the greatest war against the white walkers. According to George R.R. Martin's books, the Age of Heroes began 10,000 years before the events on the hit series.

Jane Goldman writes the pilot alongside Martin. Goldman will also serve as showrunner.